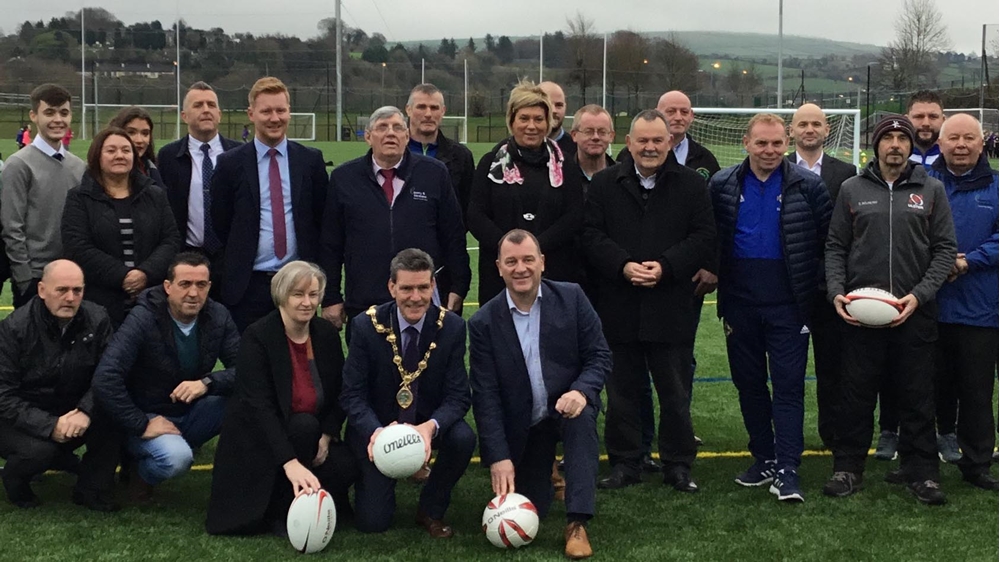 During their visit to the Derry and Strabane area they attended the official opening of a new 3G facility at Melvin Sports Complex in Strabane.

The facility has already proved to be a huge success with local clubs and will be a key venue for Irish FA programmes such as Small-Sided Games and football camps.

In addition the IFA chiefs met with directors and sports development officers at Derry City & Strabane District Council where future collaborative work within the area was discussed.

It was then off to the new Ryan McBride Brandywell Stadium to see the Irish FA Foyle Games Development Centre.

The 9v9 format at the newly refurbished stadium has proven to be a big hit with local clubs and the programme is continuing to grow.

Kevin Doherty, the Irish FA’s Regional Grassroots Development Officer for Derry & Strabane, said: "Irish FA grassroots programmes make a positive contribution to clubs and communities and their visit was a great opportunity to showcase this to Patrick and Sean.

"Through collaborative work with our key stakeholders we endeavour to promote, foster and develop our game. I believe both Patrick and Sean were impressed with the ongoing commitments that Derry City & Strabane District Council and local clubs have made and will make in the future."