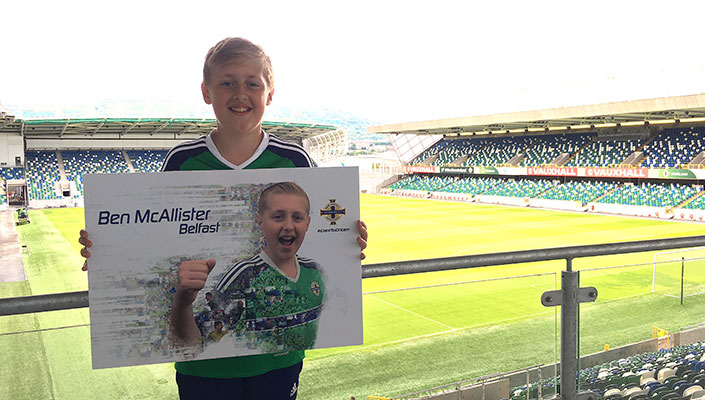 Ben McAllister from Belfast received a Euro2016 poster of himself in the same style as the player billboards after winning the #NI30 competiton.

In the build up to UEFA Euro2016, billboards were placed in the hometowns and other areas across the country to continue the build-up ahead of the tournament in France.

The Irish FA ran a competition challenging fans to take selfies and send them to the @NorthernIreland twitter page using #NI30.

After a count, Ben McAllister was the winner with 16 selfies and came to The National Football Stadium at Windsor Park to collect his prize made up of images of the players including his favourite Josh Magennis.