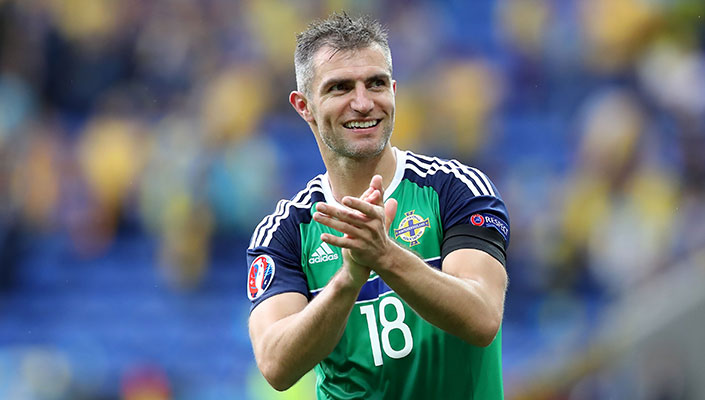 Thirty-six year-old Hughes, who played in three of Northern Ireland’s four games in EURO 2016, was without a club after being released by Melbourne City in April.

The former Newcastle United and Aston Villa central defender, who made his 103rd cap in the 1-0 defeat to Wales in Paris last month, will have former QPR winger Antonio Germain and one time Barcelona youngster Josu among his team-mates.

Hughes will have to wait for his first taste of action for his new club though as the Indian Super League does not commence until October.

Meanwhile Luke McCullough, who signed a new three-year deal with Doncaster Rovers earlier in the week, was injured in the League Two outfit’s 2-1 friendly victory at York City on Wednesday evening.

The 22 year-old hobbled off after only a quarter of an hour and boss Darren Ferguson must now await the results of scan to determine the seriousness of the injury.

“We’re having a tough time with injuries; it’s getting a bit testing now,” admitted the Rovers manager, “Luke’s obviously caught his studs in the grass, we don’t know how it is but it doesn’t look good – it’s another one that’s walking about on crutches.

“We’ll have to deal with it. He’s a pivotal player, he’s just signed his new contract, and he’s going to be a big player for us.”