Team NI get off to cracking start at Homeless World Cup 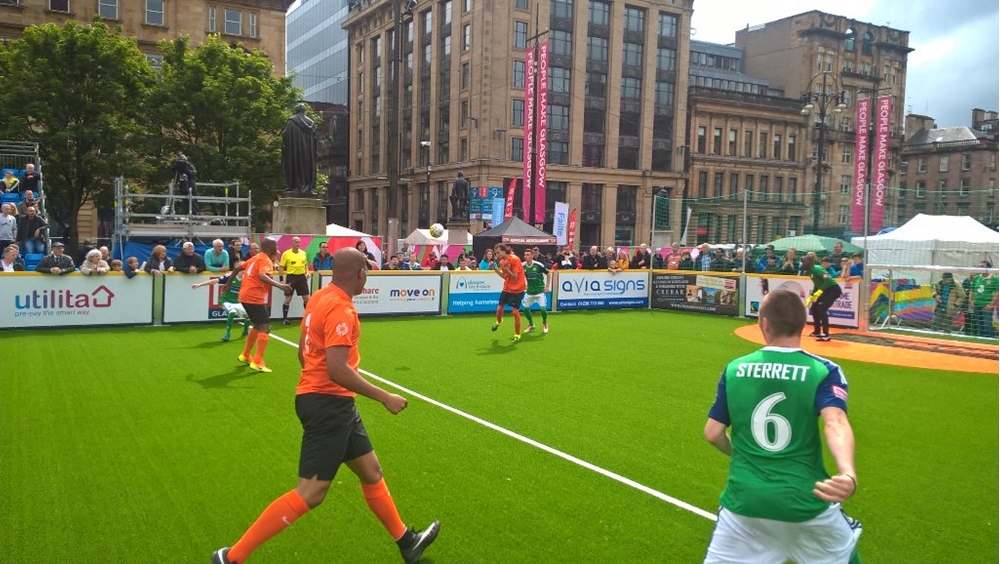 The Northern Ireland Homeless team turned on the style in their first game at this year’s Homeless World Cup.

Team NI have been drawn in Group E in the first stage of the four-a-side tournament. They were due to take on Nigeria this morning in their second group game but it was cancelled when Nigeria failed to field a team.

However, they will be back in action this afternoon against Switzerland. And they will complete their first stage group games tomorrow when they take on Romania and Italy.

Stage two of the tournament gets under way on Wednesday and Thursday and Team NI are quietly confident of reaching that stage.

Northern Ireland’s Homeless World Cup team is comprised of people from disadvantaged groups such as homeless people, people suffering from substance abuse, refugees, asylum seekers, and those who are long-term unemployed.

The squad is selected via trials staged by the Street Soccer NI organisation.

You can also follow the team’s progress at www.homelessworldcup.org where most of the games are being streamed live.​