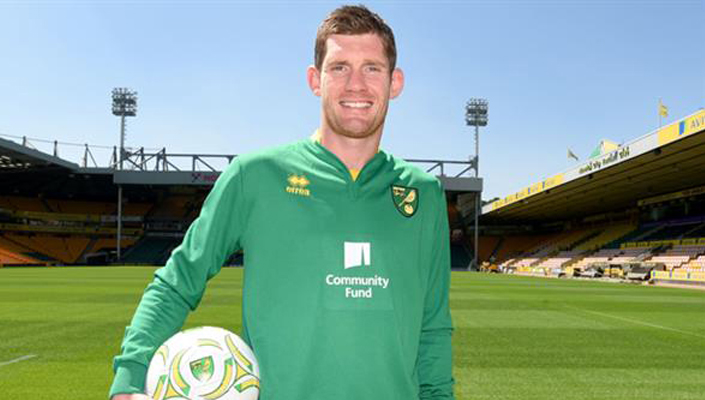 Goalkeeper Michael McGovern has joined his former manager Alex Neil at Norwich City after signing a three-year deal with the Championship outfit.

McGovern, who was one of Northern Ireland’s outstanding performers at Euro 2016, arrives at Carrow Road on a free transfer after his contract at Hamilton expired at the end of last season.

Manager Alex Neil signed McGovern back in 2014 when he was in charge of Scottish side Hamilton and the Enniskillen-born net minder is thrilled to be back working with him again.

“Having worked with the gaffer before, that was a big pull for me,” McGovern told the official Norwich City website. “I had some interest from elsewhere but I’m really looking forward to working with him again now at Norwich. It’s nice to join a club where I’ll have some familiar faces around me.

“I’m aiming to get into the team but I know I’m up against some top-class goalkeepers. It’s going to be intense competition, although it’s a challenge I’ll relish.

“I want to play but also I want to help the younger players coming through as much as I can. That’s something I’ve looked to do at my previous clubs, and I’ll look to lend my experience wherever possible.”

The Norwich boss was naturally delighted to have secured the signature of the former Celtic stopper.

“Michael is a player that I’ve worked with before, so I know all about his qualities and his character,” stated Neil. “He’s a fantastic professional, and he showed he’s capable of playing at the top level with his performances for Northern Ireland at the Euros. He will come in and offer great competition to our current goalkeepers.”