Michael O'Neill says Robbo will be great asset to Oldham 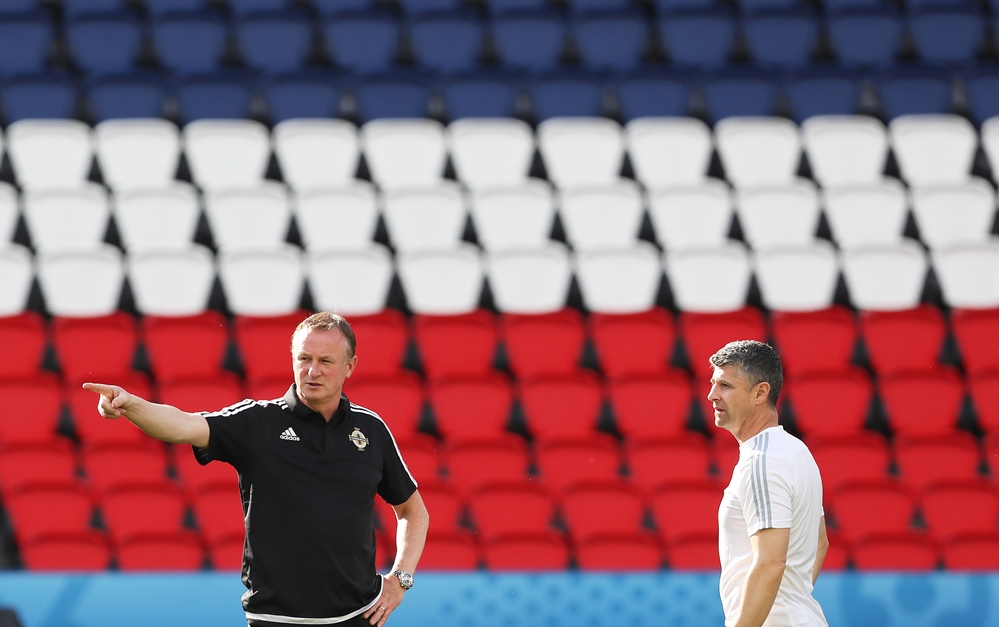 Robinson, who was confirmed as Latics manager last week, had been part of the coaching team for the Northern Ireland senior international team since September 2014.

As Oldham currently play league games on international dates it means he will have to cut his ties with Northern Ireland. Michael O’Neill paid tribute to Robbo, who joined the Latics from Scottish Premier League side Motherwell, where he had been assistant manager since February 2015.

Prior to that Stephen managed all the underage Northern Ireland teams, from under-16 to U21, over a two-year period.

"I would like to thank him for all his hard work and dedication in the Northern Ireland set-up. He was a valuable member of the coaching staff in both qualification and at Euro 2016.”

As a player Robbo started out at Tottenham Hotspur. Operating as an attacking midfielder, he progressed through Spurs’ youth system and made two appearances for the first team in the 1993-94 season.

He moved on to Bournemouth in 1994 where he made 241 appearances, scoring 52 goals, in six seasons.

He then played for both Preston and Bristol City (loan) before becoming a firm fans’ favourite at Luton Town, where he made 185 appearances. He also earned seven Northern Ireland caps during his career.