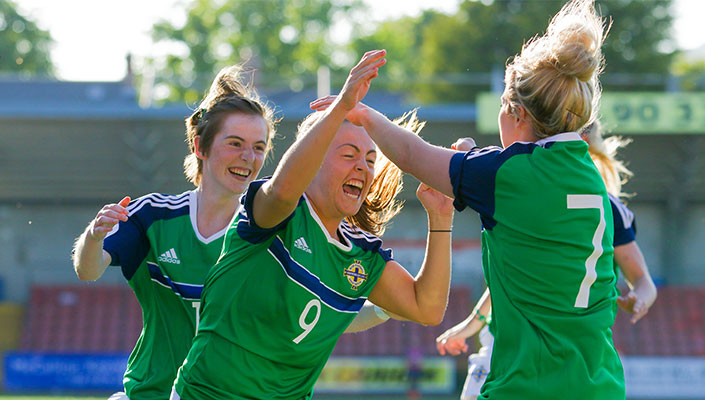 Northern Ireland’s three international women’s teams are preparing for a handful of fixtures next month.

The senior team take on Czech Republic in a UEFA Women’s Euro 2017 qualifier at Mourneview Park in Lurgan on Wednesday 3 August (7.30pm kick-off).

The following day Northern Ireland U17 Women face Poland in the first of two international challenge matches at the Riada Stadium in Ballymoney. That game on 4 August also has a 7.30pm start.

And the second U17 game against the Poles is being staged on Saturday 6 August, with the kick-off in Ballymoney at 12.30pm.

The following week National Women’s Coach Alfie Wylie takes his U19 women’s team to the Riada Stadium for two international challenge games against Cyprus. The teams meet at 7.30pm on Tuesday 9 August and at 12noon on Thursday 11 August.

Entry to all matches is free of charge.