Shiels has gone with his usual blend of youth and experience as he prepares to take on the Italians at Seaview on Tuesday (15 November, 7pm start).

His squad shows three changes from the one that competed against Luxembourg and Latvia in FIFA Women’s World Cup 2023 qualifiers back in September.

Coming in to the panel are three Cliftonville Ladies players. Midfielder/defender Fi Morgan has stepped up to the seniors after being a stalwart for the Women’s U19s in recent years, while forward Danielle Maxwell is back after missing out on the Euros in the summer through injury. And defender Kelsie Burrows, who had to withdraw from the last squad due to work commitments, returns as well.

Cliftonville, fresh from their maiden NIFL Danske Bank Women’s Premiership title success, have no less than nine representatives in the squad. 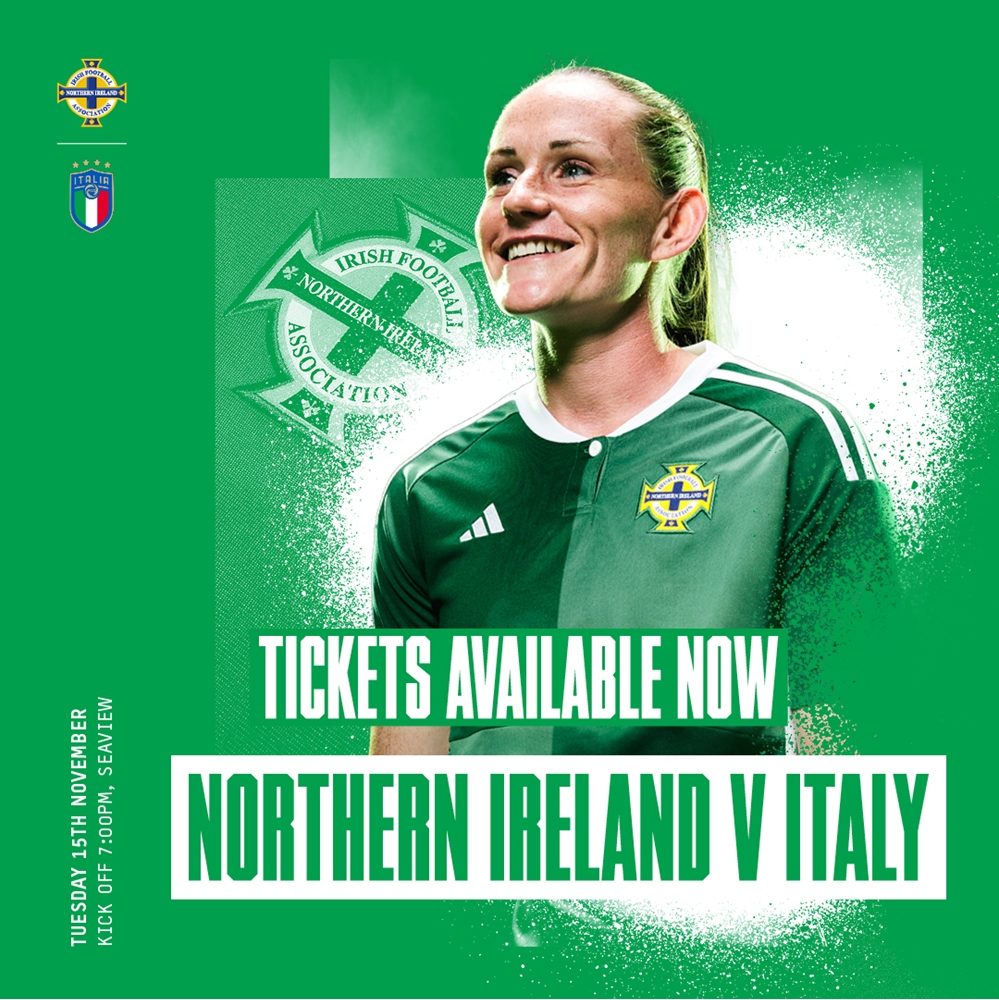 And there are five players in the group from league runners-up Glentoran Women, who defeated Sion Swifts Ladies in the Electric Ireland Women’s Challenge Cup decider at the weekend.

Missing out this time are Mid Ulster Ladies goalkeeper Lilie Woods, Lewes Women midfielder Ellie Mason and Cliftonville Ladies defender Grace McKimm. And Laura Rafferty (Southampton Women), who was named in the last squad but did not travel to Luxembourg/Latvia, is not included either.

Like Northern Ireland, Italy competed at UEFA Women’s Euro 2022 in July. They finished bottom of a group that also included France, Belgium and Iceland.

However, in the qualifiers for FIFA Women’s World Cup 2023 they topped their group to book a place in the final tournament in Australia and New Zealand.

The Italians, who are ranked 14th in the world compared to Northern Ireland in 49th, won nine and lost one in a group that also featured Switzerland, Romania, Croatia, Lithuania and Moldova. 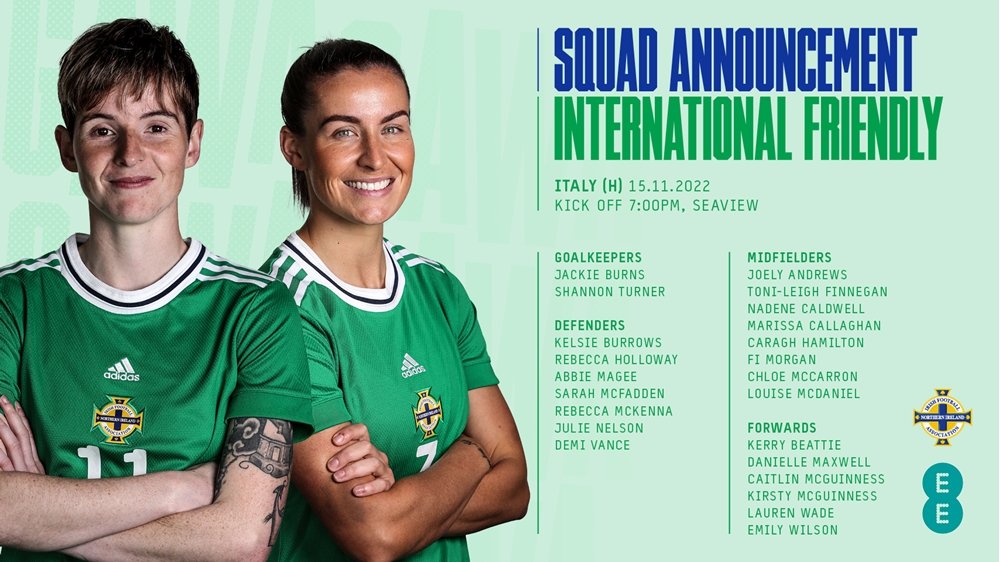