Glentoran Women and Sion Swifts Ladies will battle it out, with both sides hoping to end the season on a trophy winning high.

Glentoran Women will be defending their title as current cup holders with their strong history of success in the cup finals. Forward Caragh Hamilton has spoken of the determination that comes with a running record in the Challenge Cup:

“There’s a sense of excitement as the champions. You expect a lot from yourself. It gives you a lot of hunger and desire to not want to let go of that trophy.”

The sentiment was echoed by the team’s manager, Billy Clarke, who has talked up the resilience of his team: “We come into the game on the back of good performances in league and cup games. Our players have shown great resilience to overcome the challenge of Crusaders Strikers to win the Co Antrim Cup Final and came back from two goals down to snatch a draw against Linfield in a recent league match.”

Despite not making the final since 2017, Sion Swift Ladies captain Tasmin McCarter is optimistic as they’ve fought their way to the final by beating Crusaders Strikers on penalties. She said: "We're the underdogs in it. We feel the pressure is more on them than us."

And manager Tony Blake knows the task ahead is considerable. He pointed out: “Facing seasoned opponents such as Glentoran is a formidable challenge for the Sion Swifts underdogs but is one we will revel in tackling head on. It is an exciting prospect and one which the players will savour.”

Tickets cost £6 for adults and £3 for juniors, exclusive of £1 booking charge. Group bookings of 10 or more will receive a 50 per cent discount. Kiosks are cashless and accept card only payments.

For those unable to make it down to the National Stadium at Windsor Park, the match will be broadcast live on BBC iPlayer and the BBC Sport NI website with commentary from Michael Clarke who will be joined by Northern Ireland senior women’s captain Marissa Callaghan. 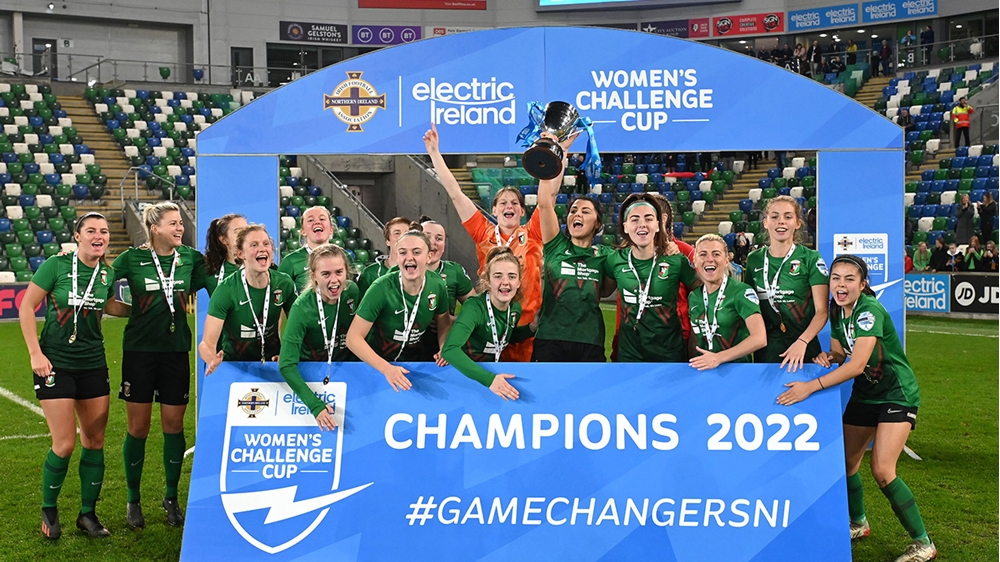 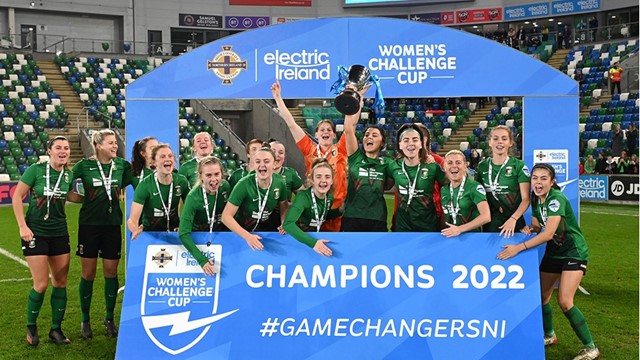