The energy company already puts its name to the Junior Cup and Senior Cup for girls’ teams and this season it is backing a third competition.

Forty schools have signed up for the new nine-a-side cup which is aimed at Year 8 pupils.

The aim of the competition is to bring girls into post primary football at an earlier stage and offer them the opportunity to develop their skills, and build friendships, alongside new classmates and teammates from their year group.

The Electric Ireland cups have attracted a record number of entries this year, with 44 teams also signing up for the Junior Cup (U14) and 23 for the Senior Cup (U18). 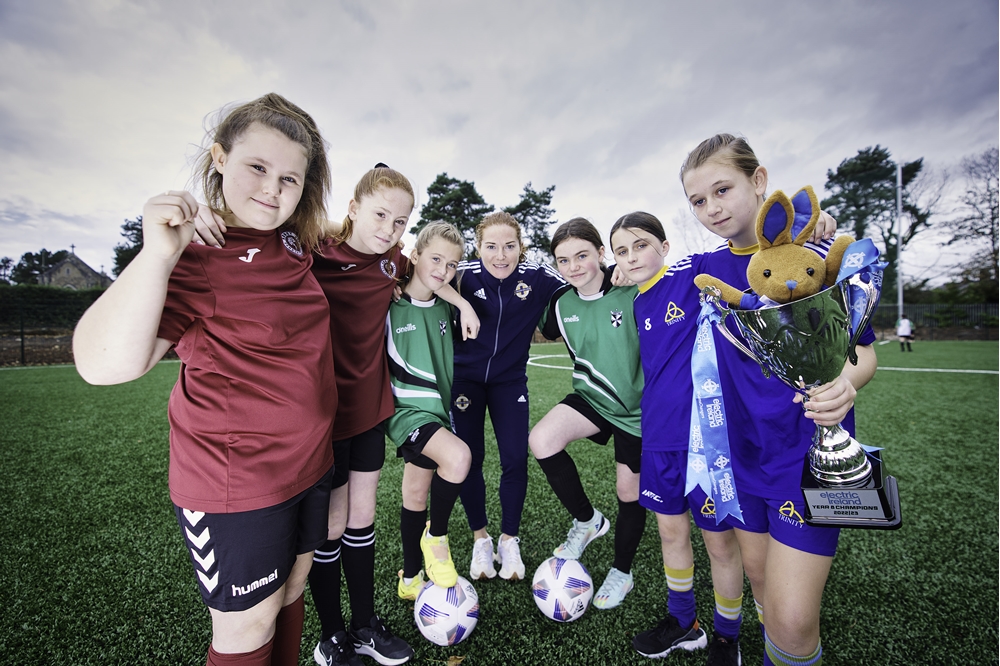 Gareth Allen, Schools’ and Futsal Manager for the Irish FA Foundation, said: “It is fantastic to see so many schools getting involved and giving girls the opportunity to play a game that is growing so quickly around the world.

“The hope is that girls we see coming through these competitions will be involved at international level in years to come, whether it be as spectators in the crowd, working at the events or perhaps even playing for the national team.”

The launch of the Electric Ireland competitions was staged at Dominican College Fortwilliam in north Belfast. It was a fitting venue as Dominican were crowned junior champions last season in their very first year of being involved in schools’ football.

Dominican College will no doubt be looking to emulate last year’s success, however they will be facing stiff competition from schools across Northern Ireland, including near neighbours such as Blessed Trinity and Abbey Community College. 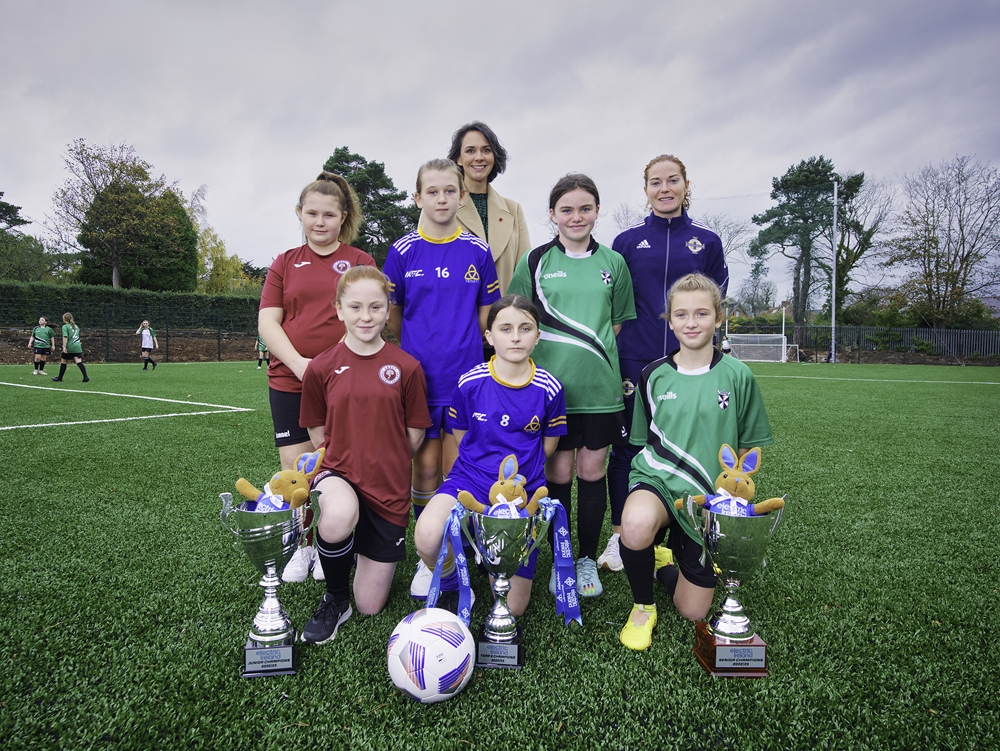 Jessica Foy, the coach of Dominican College and Glentoran Women captain, said: “We are really excited to see the Electric Ireland competition kicking off again.

“We had such an amazing time being involved last year and we are seeing the interest levels rise in schools with more girls wanting to get involved. The Year 8 competition is a brilliant new addition and it’s fantastic that our Year 8 pupils will get the chance to play for and represent the school during their first year here.”

“Through our Game Changers campaign we are committed to supporting girls’ and women’s football and creating pathways for the next generation of female talent on our doorstep. Good luck to all the school teams who will be chasing silverware this season.”