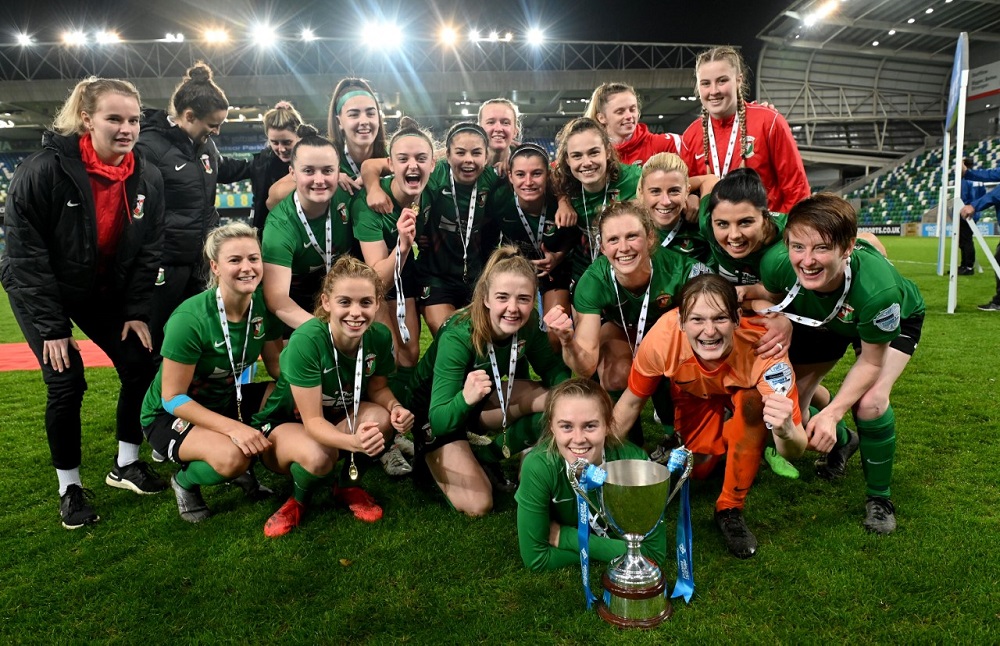 Glentoran Women made it four Electric Ireland Women's Challenge Cup triumphs in a row with victory over Sion Swifts Ladies at the National Football Stadium at Windsor Park.

A somewhat tentative opening to proceedings saw both sides sound each other out.

As play progressed Glentoran began to assert themselves more and fired a warning shot on 23 minutes when Kerry Beattie volleyed just wide of the target from a Jessica Foy set piece.

That proved to be a sign of things to come when, five minutes later, Foy opened the scoring with a superbly executed free-kick into the top left corner from just outside the right side of the area.

Then, barely five minutes after that, Sarah Tweedie showed great vision to spot a Joely Andrews run and delivered the perfect ball for the Northern Ireland international to unleash a right-foot shot beyond Jennifer Currie from around 12 yards out.

However Sion didn't let their heads drop, and might have pulled one back on 40 minutes when Aimee Neal flicked a backwards header just over the top from Kerry Brown's left-sided corner.

And they came even closer in first half stoppage time when Cora Chambers and Caoirse Doherty combined for the latter to send her effort just the wrong side of the upright after keeper Ashleigh McKinnon had committed herself.

Glentoran looked to add to their tally after the break, coming close on the hour after Foy threaded Caragh Hamilton through but Currie did well to close down the danger.

Hamilton came even closer a short time after that only to send a rasping effort from outside the area against the crossbar.

Further efforts followed with Andrews spotting an opening but could only lift the ball over from 20 yards while, on 69 minutes, Currie got a vital touch to direct a Beattie shot just wide.

Needing a couple of goals to force extra-time Sion upped the ante in the closing stage and were unlucky on 84 minutes when Naomi McLaughlin's left-foot drive from the edge of the area was tipped onto the bar.

Then, with two minutes remaining, the Co. Tyrone side set up a grandstand finish after Naomi McLaughlin clipped the ball forward for substitute Tara O'Connor-Farren to control and send a brilliant finish past the Glentoran keeper.

However, it wasn't enough to spark a late leveller as Glentoran held on to claim yet another piece of silverware. 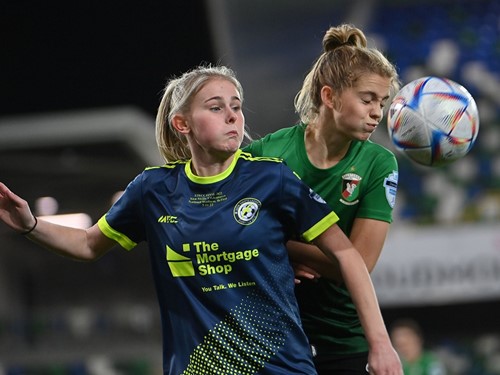 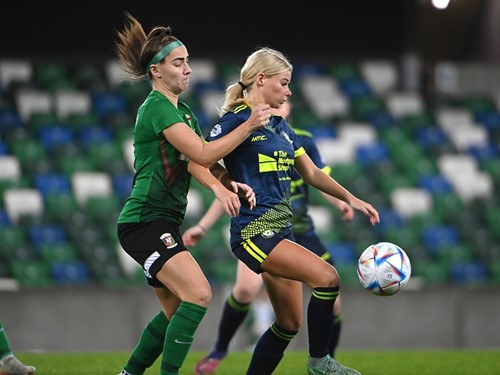 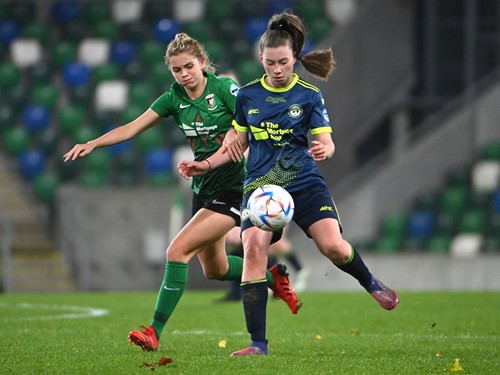 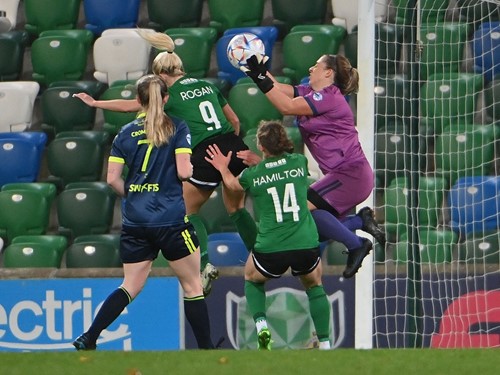 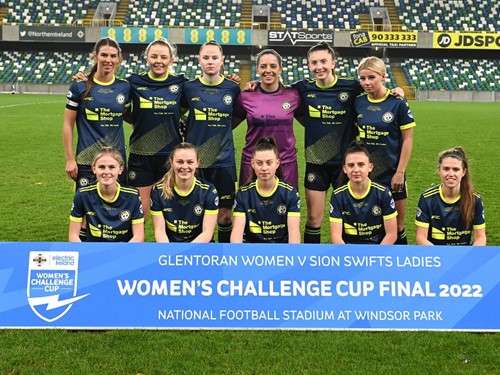 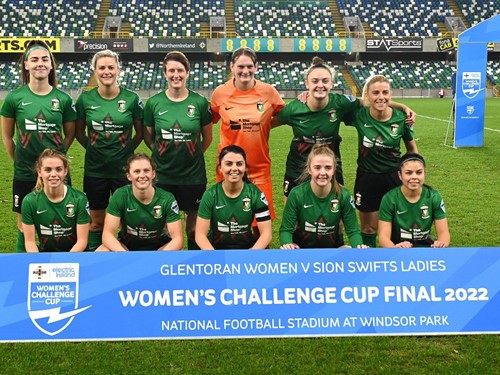 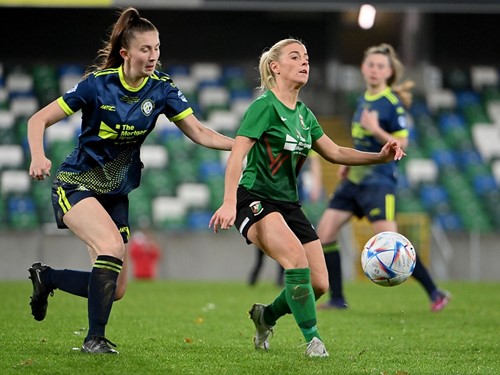 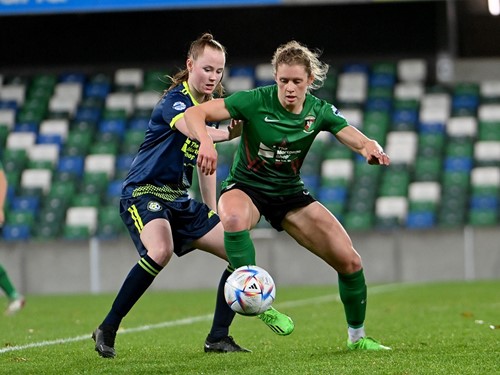 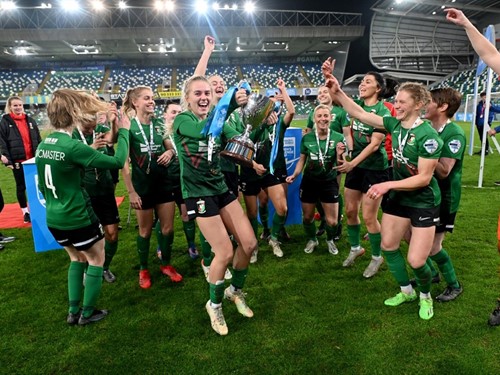 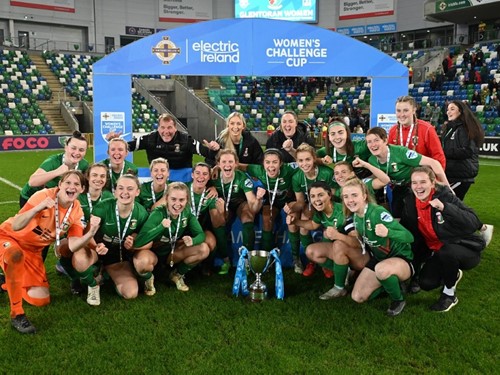 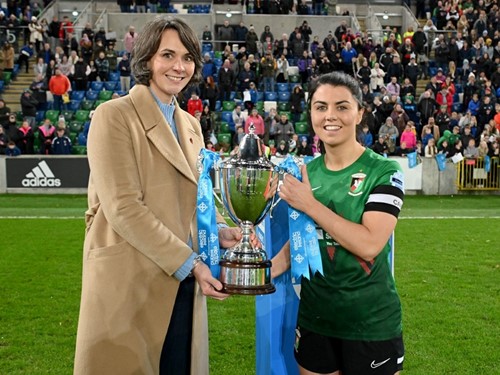