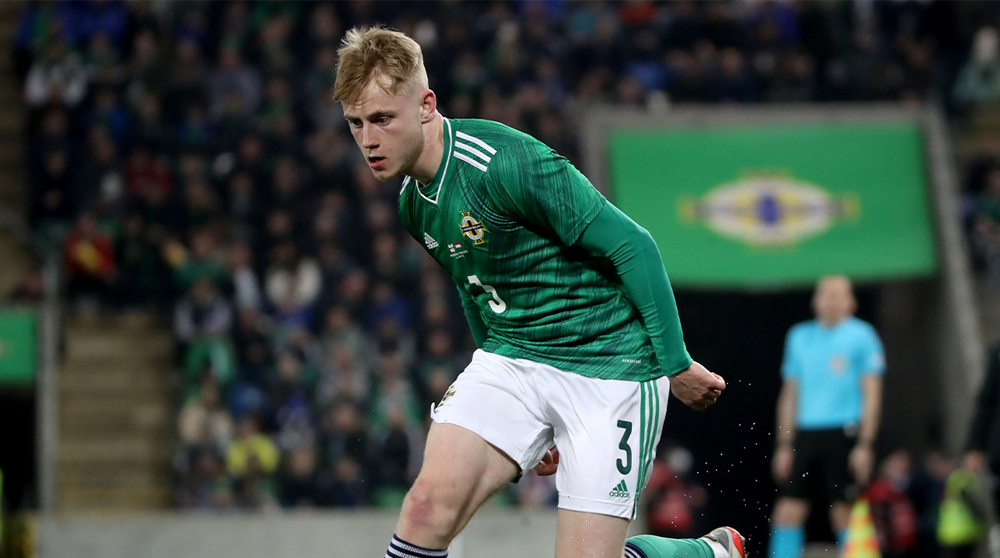 Northern Ireland international Paddy Lane scored direct from a corner as Fleetwood Town progressed to the second round of the FA Cup following their 3-1 victory over non-league Oxford City at the weekend.

The 21-year-old’s second goal of the game - and his third of the season - left Town boss Scott Brown stating: “Paddy’s finish was exceptional. He’s told me he meant it because he saw the goalie off his line the first time and I’ll believe him at this moment in time!”

And in the same match former Portadown player and Northern Ireland U19 international Sam Glenfield, a 17-year-old forward, played the final 29 minutes for Fleetwood.

Elsewhere in the competition there was disappointment for Bolton Wanderers duo Dion Charles and Conor Bradley as the Trotters exited the first round after losing 2-1 at home to Barnsley.

Wanderers manager Ian Evatt responded to speculation that teenager Bradley could be returning to Liverpool in January despite being on loan with the League One side until the end of the campaign.

“Liverpool are able to recall him,” Evatt told the club website, “but all the conversations that we’ve had are that Conor is here for the season.

“Obviously, because of how well he has done, there are going to be other suitors. But all we can do is give him all the support on and off the pitch that we’ve given him. We’ve given him a great opportunity.

“He’s repaid us with his performances,” added Evatt. “We like to think we’ve been and done very well for him as well, so hopefully the relationship continues but I don’t think we’re too worried about losing him in January.”

It was a momentous day for Under 17 international Oscar Kelly who, at 15 years and 273 days, became Rochdale’s third youngest-ever player to make a first team appearance when he played the final four minutes of his team’s 1-0 FA Cup defeat at Bristol Rovers.

Two other U17 internationals - goalkeeper Pierce Charles and 16-year-old Bayley McCann - were both unused substitutes for Sheffield Wednesday and Peterborough United respectively.

After their goalless draw at home to Salford City, Grant McCann said: “With Joe Tomlinson injured, we needed a full back on the bench and regardless of whether it was my son or not, given his performance when he came on for the under 18s it was merited.”

Striker Will Grigg scored his sixth of the season as MK Dons eased into the second round with a comfortable 6-0 win over National League South side Taunton Town.

Also on the scoresheet over the weekend was Glentoran’s Conor McMenamin who brought his total to the season to 11 after bagging a brace in the 3-1 victory over Dungannon Swifts and midfielder Cameron McGeehan whose two goals for Oostende helped them to a 3-1 home victory over Kortrijk in the Belgium Jupiler Pro League.

For the second successive week there were no Northern Ireland players featuring in the Premier League with Jonny Evans (Leicester City) and Stuart Dallas (Leeds United) still injured, while Jamal Lewis (Newcastle United) and Kofi Balmer (Crystal Palace) were not selected for match day squads.

In the Women’s Super League Demi Vance started for Leicester City but the day ended in disappointment as Arsenal continued their 100% start to the campaign with a 4-0 success.

Finally, Norwich City’s Sean Stewart and Isaac Price of Everton both scored in the U21 Premier League over the weekend while 16-year-old Rio Oundie-Morgan chalked up his ninth of the season in Ipswich Town’s 2-1 reverse to Middlesbrough in the U18 Premier League Cup.