Northern Ireland advance to third place play-off thanks to Vance 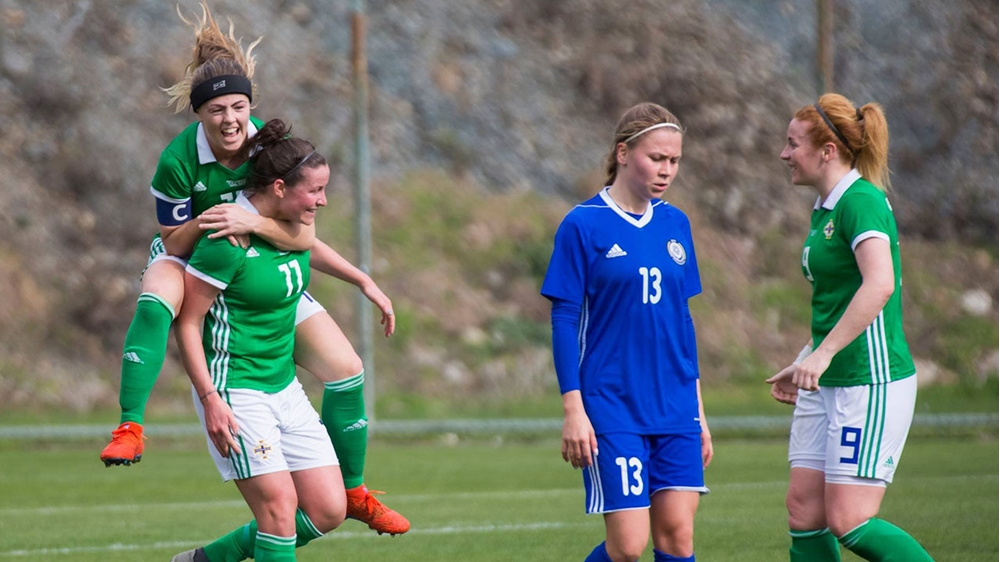 Northern Ireland Senior Women sealed a place in the third place play-off at the Alanya Gold City Women’s Cup in Turkey with a 4-0 win against Kazakhstan.

After their narrow defeat to eventual group winners France B they bounced back in style thanks to a double from Glentoran Women player Demi Vance and one apiece from captain Simone Magill and Rachel Furness.

It took 27 minutes for the deadlock to be broken. Reading Women's attacking midfielder Furness scored her fifth in three games with a stunning volley from distance.

And then Vance got her name on the scoresheet just before half-time to give Northern Ireland a comfortable lead going into the break.

Kazakhstan, however, came out fighting in the second half and the Northern Ireland defence had to repel several attacks before substitute Lauren Wade set up Everton Ladies strker Magill to ensure the victory.

Midfielder Vance then put the icing on the cake in stoppage time, substitute Louise McDaniel setting her up to make it 4-0.