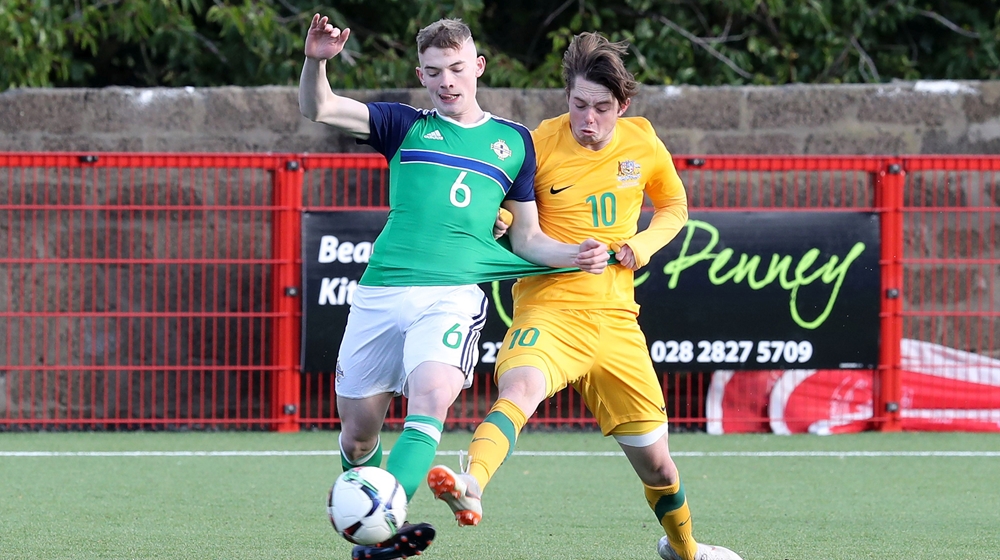 The Northern Ireland Under-18 Schoolboys’ team will kick off their 2019 Centenary Shield campaign with a home match against Scotland tomorrow.

The U18s, who are managed by Frankie Wilson, will be taking on the Scots at Seaview on Thursday (7 March, 3pm start) – and it’s the curtain-raiser for this year’s five-team competition.

Wilson, who has selected a 20-strong squad for the encounter against Scotland, says his team will have to be “at their best” if they are to start their campaign with a victory.

He pointed out: “If the last couple of encounters are anything to go by it’s going to be a great game. It took a wonder save by Declan Dunne last year to deny Scotland a win so we are under no illusions about the task the team face.”

Wilson added: “Our preparations have gone well. Having tough games away to Jersey and home to Australia served the purpose but it’s now up to the squad to show what they can do in a full international.”

Team captain Paddy Burns, who plays at the back, is one of only three players in the 2019 panel who featured in the 2018 squad. The others are defender Ruari O’Hare and midfielder Liam Hassin.

In last year’s competition Northern Ireland performed well and were unbeaten, however draws against Scotland (0-0), Wales (1-1) and the Republic of Ireland (0-0) and a win over England (3-1) were not enough to secure silverware. The Republic’s U18 Schoolboys were the overall winners.

Game two in 2019 will be against Wales in Aberystwyth next Thursday (14 March) at 7pm followed by an away match against England on Friday 5 April. It is being staged at Redditch United’s ground (7pm).

Northern Ireland’s final game of the campaign is due to be against the Republic at Queen’s University Belfast’s Dub complex on Thursday 18 April (6pm).

Image: Liam Hassin in action for Northern Ireland’s U18 Schoolboys against Australia’s U19 Schoolboys back in January. It was one of the preparation games for this year’s Centenary Shield..