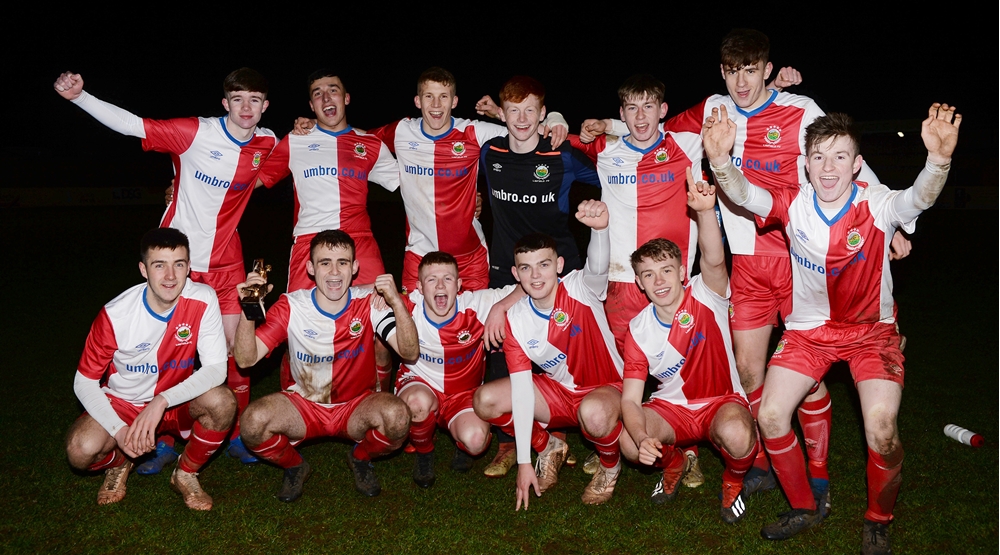 Linfield Rangers are through to the Harry Cavan Youth Cup final for the third successive season following a semi-final win over Coleraine U18s at Dixon Park.

A feisty encounter right from the beginning, the game developed into an end-to-end battle with all 22 players contributing to what was an excellent tussle.

Scoreless at the break, the deadlock was eventually broken on 69 minutes when Linfield skipper Jake Corbett (pictured) produced an excellent finish from just inside the corner of the 18-yard box to give Bannsiders keeper Richard Purcell no chance.

That proved to be the only goal of the game despite an increase in tempo as the clock ticked down.

The Blues, winners in 2017 and 2018, will be hoping to make it a hat-trick of victories when they meet St. Oliver Plunkett in the decider later in the season. 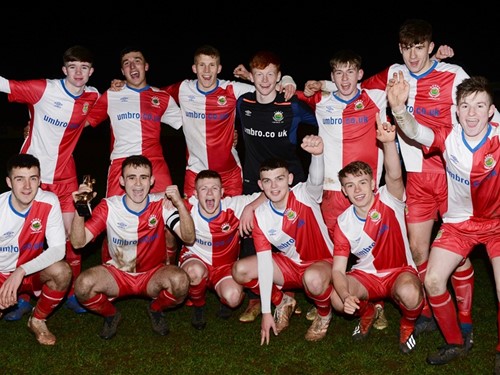 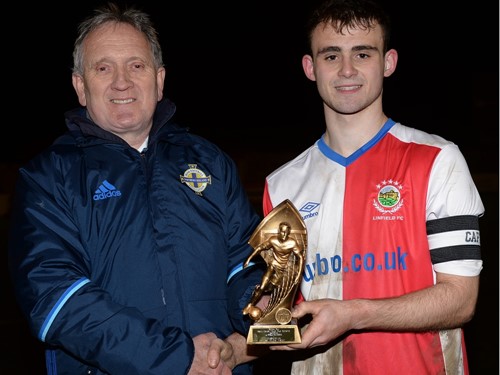 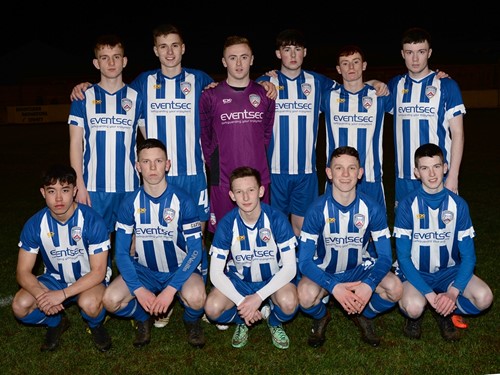 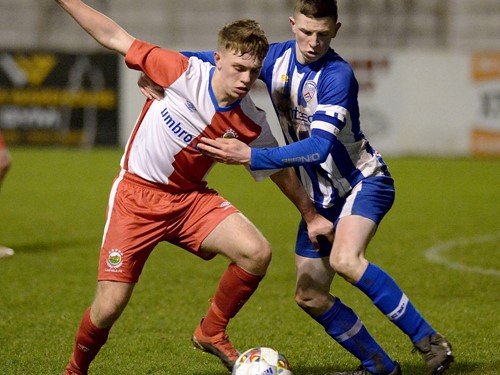