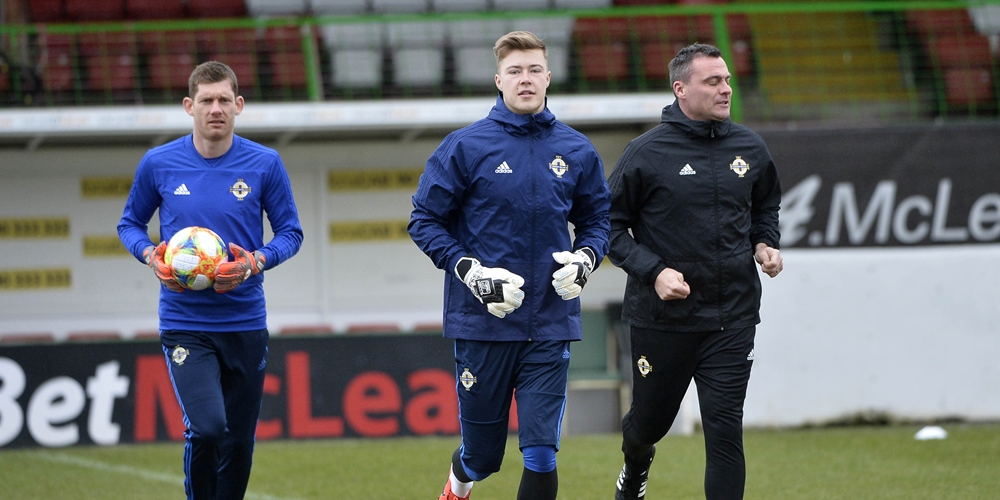 And the former Newcastle stopper, who was took up his new role last month when he replaced Maik Taylor, says he’s been impressed with the squad and with the work ethic of the keepers ahead of Michael O'Neill's side's opening UEFA Euro 2020 qualifier against Estonia on Thursday evening (7:45pm).

Harper, who gained his coaching badges at the Irish FA, is currently lead academy goalkeeping coach at St James’s Park where he develops the club's goalkeepers at under-23 and under-18 level.

He met up with stoppers Bailey Peacock-Farrell, Michael McGovern and Conor Hazard when the squad had its first training session of 2019 at The Oval on Monday, but he's had prior contact with all three and has been analysing their performances at club level.

“There are ways of watching the clips of the keepers with the portal we have now,” he said. “I watched both legs of Conor’s (Hazard) Hearts v Partick match. I went up to watch him last week.

“I’ve had good conversations with the goalkeepers and I’m looking forward to seeing more of them. I’ve spoken to all of them - Trevor Carson included. I had a good chat with him.

“Bailey hasn’t played for a while but has a lot of games under his belt this season. I have had good conversations with them all and I’m looking forward to seeing more of them.”

Harper said that while some of the trio aren’t getting as much game time as they’d like, he’s pleased with what he’s seen so far.

"I’ve been impressed with the quality. We’ve had two really long days with them; I was keen, given the short period of time we have with them, to get a really good work day in on Monday and then we went up early this morning. So I’ve had a good look at them.

“Michael McGovern has had an incredible time at the Euros where he was outstanding and then we have two young, exciting goalkeepers as well. And it’s good to see Trevor recovering from his illness as well. It will be great to have him back as well.”

On combining his new international role with his job at Newcastle, Harper added: “Newcastle have been very, very supportive. It’s a brilliant opportunity for me. I work in development football in 18s and 23s where it’s about preparation for stepping up a level. Then to see the stadium in Belfast today it’s something that I’m really looking forward to.

“I was there at training this morning and the players were telling me how it’s changed over the years and how the atmosphere will be good and it’s up to us and the lads to get the fans going early on with a positive start to the game.

“Fingers crossed we get off to a good start and I can fly home on Monday morning with six points in the bank.” 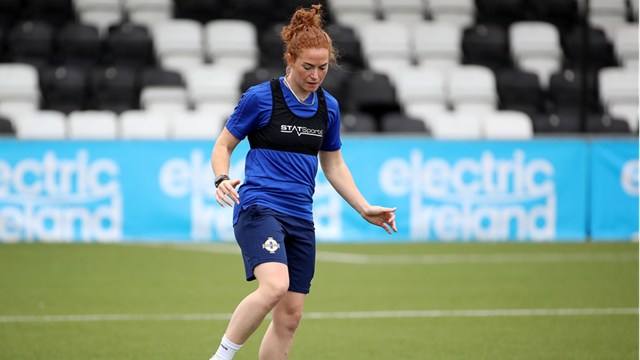