Jordan Owens: We will be favourites but it won’t be easy 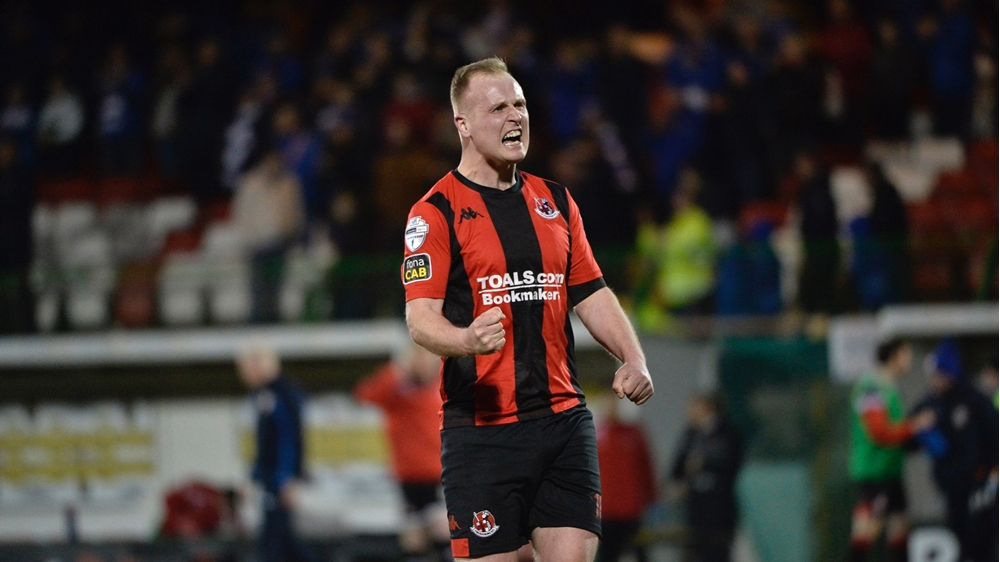 Crusaders striker Jordan Owens cut a relieved figure in the tunnel at The Oval after his side's Tennent’s Irish Cup semi-final 2-0 win over Coleraine.

The 29-year-old had missed a series of second-half chances but had the decisive say when he slotted home from the penalty spot three minutes from time.

The victory means the North Belfast side will take on Ballinamallard in May’s showpiece and Owens can’t wait for May 4 to come around.

“We will be favourites, it won’t be easy, but we are already really looking forward to it," he said. "The Irish Cup is a competition that we haven’t won in a while, the last time we won it was back 2009. We have won the league and we have won the County Antrim Shield in recent years and winning the cup would mean a lot to me.  Hopefully on the day we can put on a good show and we can bring that bit of silverware back to the club.”

Reflecting on the semi-final, Owens says conditions played their part on the day. He was, however, delighted to have hit that penalty and to have helped the Crues get through the tricky encounter.

“It was a tough game.” he said. “The pitch wasn’t great for either team. Coleraine are a side that like to get the ball down and play, whereas we like to go a bit more direct, so maybe that helped us a bit. It maybe wasn’t one for the neutral, but thankfully we won and we are in the final.

“I was disappointed not to take the chances that I had had earlier in the game, so when the penalty was given, I wanted to take it to make amends. I was confident in myself to hit it and thankfully it went into the net. We have been practicing penalties all week. You have to have the confidence to step up and that’s what I did.

“It’s going to be a really tough game against Ballinamallard. It’s going to be an even more difficult match than this semi-final. They will come with the feeling that they have nothing to lose. Harry McConkey has them playing brilliantly. We will build up to it but it’s going to be a fantastic occasion for everyone at the club.”