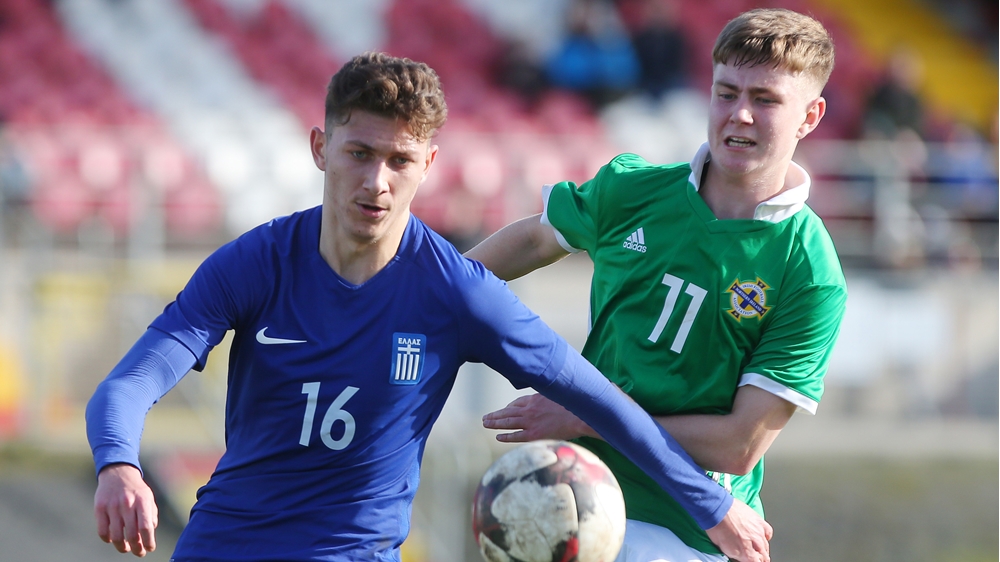 Northern Ireland under-17 international Barry Baggley became the youngest ever player to make his league debut for Fleetwood Town when he came on as a substitute in the 2-0 defeat at Walsall in League One at the weekend.

At 17 years and 57 days, the former Glentoran youth midfielder, along with 18-year-old team-mate Ryan Rydel, was used for the final eight minutes at the Bescot Stadium with manager Joey Barton hinting he may get more game time in the coming months.

“It was nice to get them on the pitch, as I’ve got really high hopes for both Barry and Ryan,” said Barton.

“We’ve got some good young kids here at Fleetwood, and I’m going to blood them.

“If we can’t get promoted, which now looks an impossibility, we’ll use the time wisely to find players who are capable to get us out of the division.

“I thought they helped us get more energy in the game,” added Barton, “It’s incredible for a 17-year-old and an 18-year-old and they put some of the senior players to shame.”

Meanwhile, in the Premier League, Craig Cathcart was rested ahead of Watford’s FA Cup quarter-final tie with Crystal Palace next weekend, though he did come on as a late substitute for the Hornets who went down 3-1 to Manchester City at the Etihad Stadium.

Defender Jonny Evans helped Leicester City to their first win under Brendan Rodgers as they defeated relegation-threatened Fulham 3-1 at the King Power Stadium.

In the Championship, left-back Jamal Lewis played his 34th game of the season as Norwich City maintained pole position in the Championship with a narrow 1-0 win over Swansea City at Carrow Road last Friday.

Stuart Dallas continued his comeback from injury by getting another 33 minutes under his belt after coming off the bench in Leeds United’s 1-0 victory at Bristol City to leave them just two points behind Norwich in second place.

Sheffield United have not given up hope of an automatic promotion place and they remain third following a 2-0 win over Rotherham United in the South Yorkshire derby, Oliver Norwood providing an assist for the Blades’ opening goal from Jack O’Connell.

Back in League One, Tom Flanagan had to leave the field in added time having sustained a head injury which is likely to rule him out of the Black Cats’ crucial trip to second-placed Barnsley tomorrow evening.

After scoring in midweek, striker Will Grigg played the full 90 minutes in the 1-1 draw at Adams Park which saw two players from Wanderers’ and one from Sunderland dismissed in the dying moments for the game.

Frontman Liam Boyce, who has failed to score in his last eleven matches for Burton Albion, was dropped to the bench for the 2-1 victory at Coventry City though the former Cliftonville man did enter the fray for the final 17 minutes.

Finally, 20-year-old Mark McKee played his first game in five months as Stevenage went down 1-0 at home to second-placed Bury in League Two.

Stevenage boss, and former Glentoran player Dino Maamria, admitted he was pleased to have the former under-19 international midfielder back in the side.

Speaking to the official club site Maamria said: “Mark McKee came in and I thought he gave us real quality in the middle of the park, it is good to have him back.”