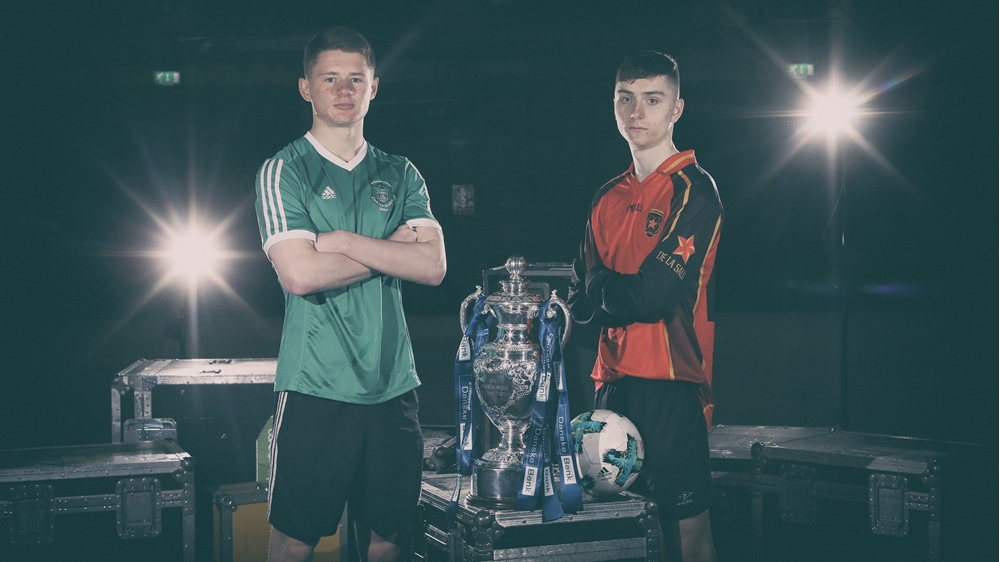 De La Salle College from the west of the city are set to take on St Malachy’s College from north Belfast on Monday (18March) at Seaview with a 12.30pm kick-off.

De La Salle came through a hard fought semi-final against Belfast Met to book their place in the decider of the annual Under-18 competition.

In their last four game - it was played at Seaview - Donal Rocks and Ronan Hamill gave De La Salle an early two-goal lead but a brace from Jonny Patterson made it all square at the break.

And in the second period a fortuitous goal sent De La Salle through to the final. It came when a clearance was charged down and the ball nestled in the corner of the net.

In the other semi-final of NISFA’s showpiece schools’ competition St Malachy’s had a straightforward journey to the final, defeating near neighbours Trinity College 5-1 at Solitude.

Seaview is also hosting the Belfast Schools’ U16 Cup final on Monday (10am start).

Boys’ Model and Our Lady and St Patrick’s College Knock have made it through to the decider, which will act as a curtain-raiser for the biggest game of the year in schools’ football in Northern Ireland.

Northern Ireland Schools’ FA chairman Bob Nesbitt said: “It will be a fantastic occasion for all the schools involved in our finals on Monday.

“I would like to thank the teachers and pupils for all their hard work in getting to this stage in both our Northern Ireland and Belfast competitions. I hope all the players enjoy the day and represent their schools with pride.”

Image: St Malachy’s skipper Patrick Burns and De La Salle captain Calvin McCurry will both be aiming to get their hands on the Danske Bank U18 Schools’ Cup on Monday.