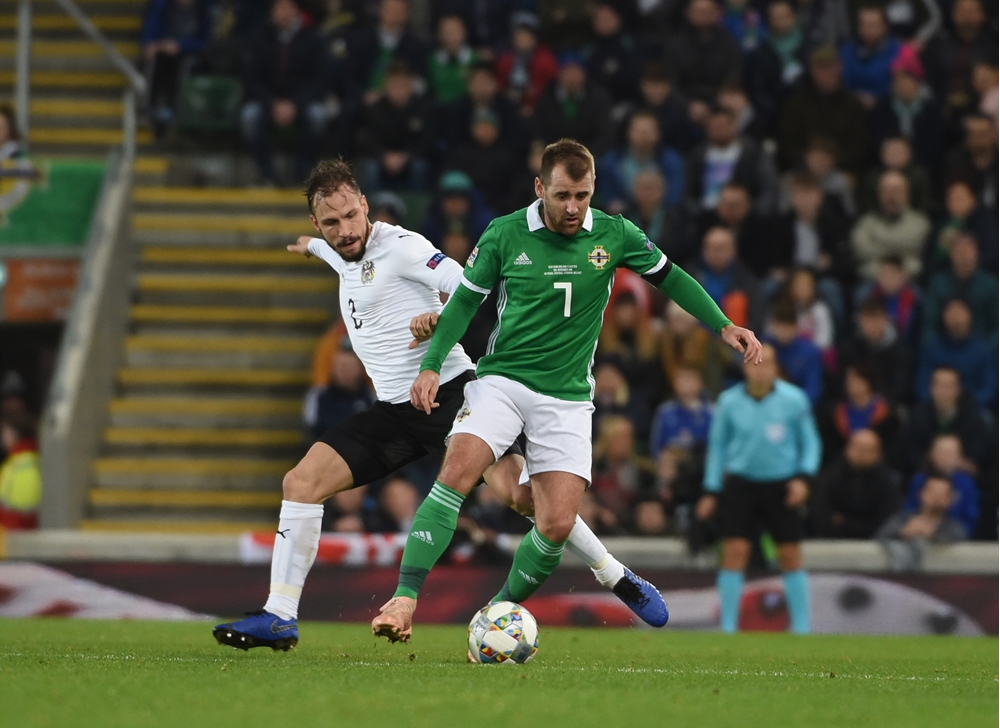 Winger Niall McGinn scored his fifth goal of the season as he helped Aberdeen to a 2-0 Scottish Cup quarter-final replay win over Rangers at Ibrox last night.

The Northern Ireland winger slotted home the opening goal after just three minutes following a wayward pass from Rangers’ Glen Kamara to set up a semi-final showdown with Celtic next month.

“I thought we defended brilliantly as a team and we counter-attacked and got a great start with McGinn taking advantage,” said Aberdeen boss Derek McInnes, whose side sealed the victory with a second from teenager Conor McLennan.

“It was a lovely finish by Niall and it gives us something early on to hang on to and the pressure builds for Rangers, the crowd tried their best to get them into it but I thought we defended very well.”

Steven Gerard brought both Kyle Lafferty and Steven Davis on from the bench in the second half to give them some vital game time ahead of next week’s UEFA 2020 qualifiers.

In the Championship in England, Oliver Norwood scored from the penalty spot midway through the first-half as ten-man Sheffield United moved to within a point of second-placed Norwich following a 2-0 home win over Brentford.

Midfielder Stuart Dallas also got some more crucial game time under his belt playing another 34 minutes for Leeds United who went top of the table after a comfortable 3-0 success at Reading.

Elsewhere, on-loan forward Paul Smyth celebrated his call-up into Michael O’Neill’s squad yesterday with a goal and an assist as Accrington Stanley recorded a 3-1 win at Wycombe Wanderers in League One.

Fellow striker Billy Kee converted two penalties for Stanley to take his tally for the season to 14, before Smyth confirmed the win with his second goal since joining the club on loan from QPR in January.

Meanwhile, Northern Ireland under-21 international Charlie Owens, another player on-loan from QPR, made his debut for Wycombe when he came on as a second-half substitute last night.

Also in League One Ben Reeves scored a 33rd-minute header as Charlton Athletic defeated Burton Albion 2-1 at The Valley to stretch their unbeaten home league run to 13 games. Northern Ireland striker Liam Boyce was among the substitutes for Albion.