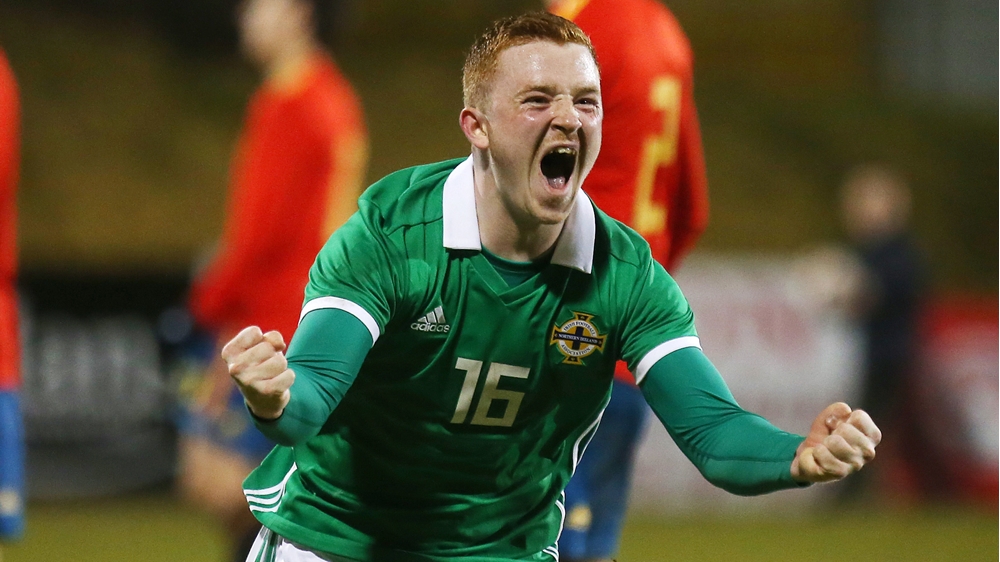 A Shayne Lavery goal was enough to give Northern Ireland’s Under-21s a 1-0 win against Bulgaria in Spain this afternoon.

Ian Baraclough’s U21 squad are currently taking part in a week-long training camp at Estepona on the Costa Del Sol.

The camp includes challenge matches against Bulgaria and Mexico – and first up was the game against the Bulgarians at Marbella Football Centre today.

Falkirk striker Lavery, who is on loan from Everton, grabbed his goal in the 18thminute of the match.

Both sides had chances in the game. Northern Ireland keeper Jared Thompson pulled off some fine saves as did his Bulgarian counterpart, however Lavery’s strike proved decisive.

It was the fifth win on the bounce for Baraclough’s side, who finished second to Spain in Qualifying Group 2 for the 2019 U21 Euros and narrowly missed out on a play-off.

They will play their second challenge match on Monday (25 March) against Mexico. The venue for that game is the Estadio Municipal de Marbella (1900 start).

The training camp is effectively stage one of preparations for the 2021 U21 Euros qualifying campaign. It gets under way with a game against Malta in September and Ian Baraclough’s side will also face Denmark, Romania, Ukraine and Finland in Qualifying Group 8.