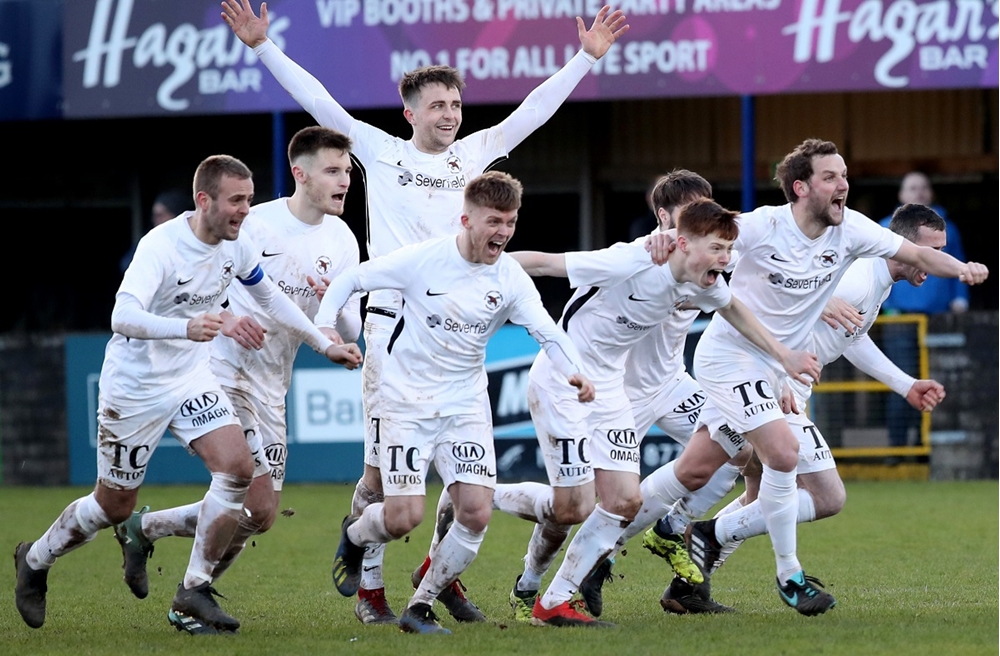 The draw for the last four produced which promises to be two intriguing encounters. League champions Crusaders were paired off with cup holders Coleraine whilst Ballinamallard United and Warrenpoint Town will both fancy their chances in securing a first ever appearance in the final of local football's Blue Riband event. Both games will be played at the end of March, details to be confirmed.

So how did they all get there?

Crusaders 3-0 Ballymena United
Crusaders swept past Ballymena United at Seaview thanks to a devastating three-goal salvo inside seven first half minutes from which the Sky Blues never looked like recovering.

Jordan Forsythe opened the scoring on 21 minutes with a low finish at the back post after David Cushley had supplied a clever backheel across the face of goal.

Then, three minutes later, Jordan Owens added a second. Cushley again provided the assist with a dinked ball for Owens to direct past Ross Glendinning with the outside of his right foot.

But the most remarkable goal of the afternoon came a few minutes after that courtesy of Billy Joe Burns thanks to a wind assisted effort from inside his own half which sailed above Glendinning into the bottom corner.

Seanan Clucas opened the scoring in Dungannon's favour just after the half-hour mark with a low shot from the edge of the area in off the inside of the post.

Jay McCartney clipped the crossbar for the Mallards a few minutes later but he had to wait until seven minutes into the second half to craft the equaliser with a half-volley past Alex Moore.

No further goals were forthcoming in normal time nor, indeed, in the first period of extra-time.

However, substitute Ally Teggart edged the Swifts back in front on 111 minutes with a cool finish past John Connolly after being slipped in by Paul McElroy.

But the Mallards weren't to be beaten, duly levelling within five minutes remaining courtesy of Ryan Campbell's finish through a ruck of players after a cross had come over from the right.

Inevitably that meant penalties with the Mallards eventually emerging 3-2 victors after Richard Clarke, Christopher Kelly and Joshua McIlwaine all converted.

Kelly opened the scoring as early as the fourth minute with a successfully converted spot-kick after visiting keeper Chris Keenan had brought down Mark Griffin.

That was how it stayed until just before the hour when Kelly doubled his tally after getting his head to a corner before, just over ten minutes later, Sean Ward pulled one back for the visitors with a hooked finish from a throw-in into the box. However, Kelly struck again a couple of minutes into stoppage time to put the game to bed.

And, on Friday night, this cracker will long live in the memory:-

Larne 3-5 Coleraine
A dramatic 5-3 win after extra-time for holders Coleraine at Larne kicked off an exciting weekend of Tennent’s Irish Cup quarter-final action.

A Davy McDaid double put Tiernan Lynch's runaway Championship leaders two goals to the good against the Bannsiders, only for Eoin Bradley to strike twice to bring the visitors level.

Larne looked to have won it when McDaid claimed his hat-trick with five minutes on the clock but back came Rodney McAree's men with Jamie McGonigle's strike taking the tie to extra-time.

Coleraine edged ahead for the first time courtesy of a Ben Tilney own goal before McGonigle netted his second of the night to secure his side's passage to the semi-finals. 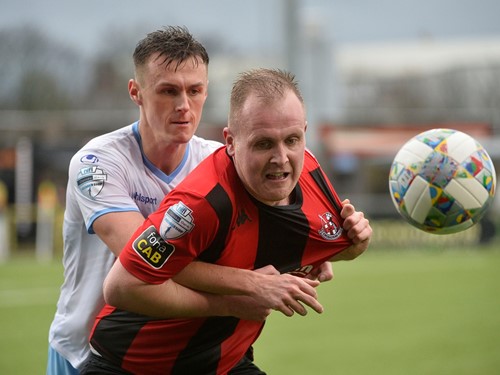 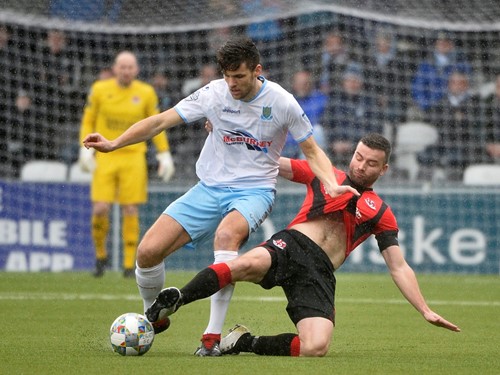 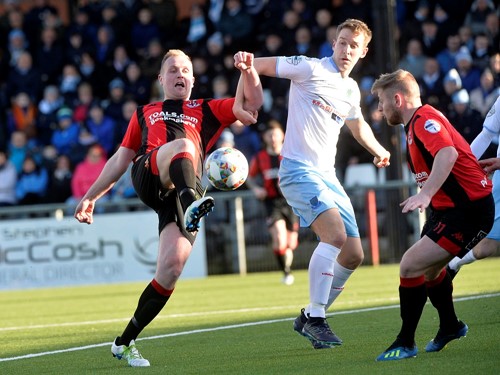 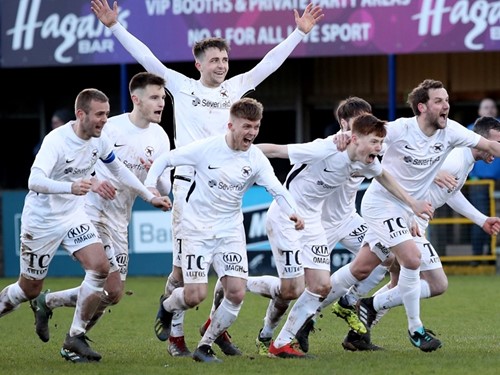 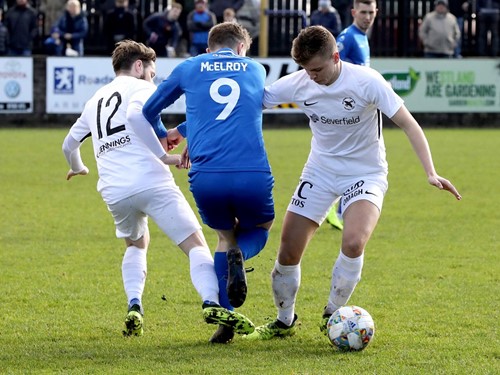 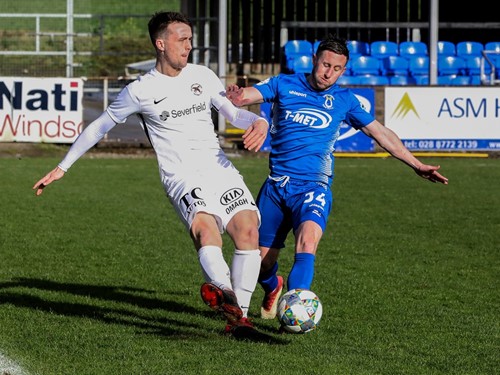