GoldMark Awards presented to volunteers from football, rugby and GAA 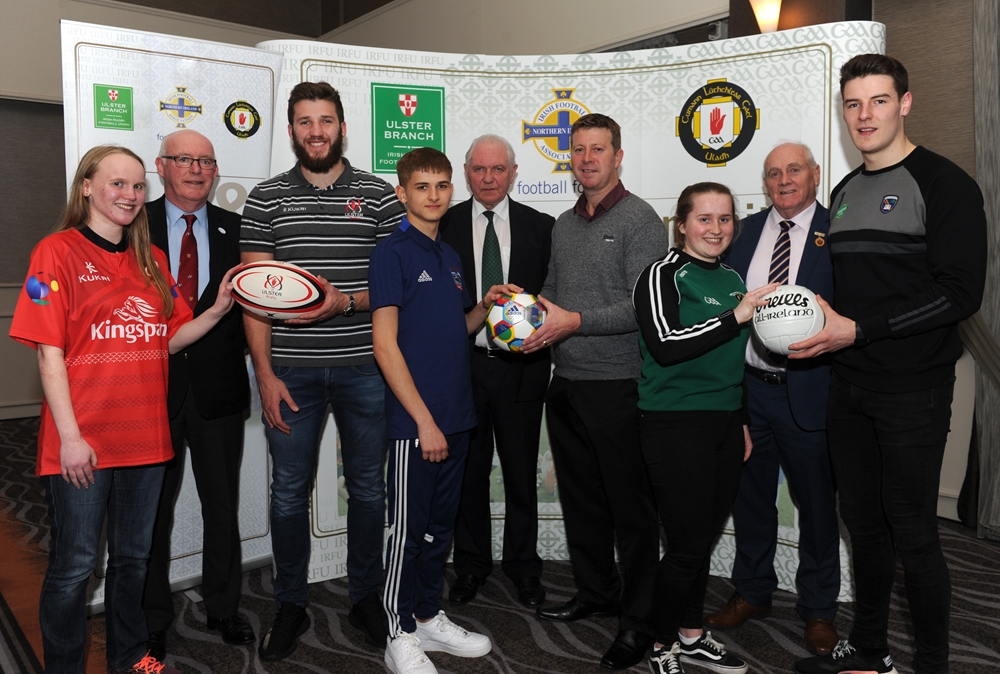 The event, which was jointly organised by Ulster GAA, the Irish FA Foundation and Ulster Rugby, highlighted the huge volunteering effort across the three sports among young people aged 14-24.

The packed audience also heard from 22-year-old Emily Millar from Malone Rugby Club who gave a powerful overview of her experience volunteering in sport after her playing career was cruelly cut short through a serious injury.

More than 100 young people were presented with a GoldMark Millennium Volunteers Award for 50, 100 and 200 hours of volunteering. And BBC sports commentator Thomas Niblock oversaw proceedings.

Congratulating the young volunteers, Ulster Rugby President Stephen Elliott said: “The GoldMark Programme requires young people to commit their time and talent to their local sports club. More than 100 young volunteers have been recognised tonight for contributing 50 hours, 100 hours and 200 hours to their sports clubs – that is an incredible achievement and I congratulate each of them.”

Acknowledging the role of clubs in promoting youth volunteering, Ulster GAA President Oliver Galligan said: “Hundreds of sports clubs right across Ulster have signed up for the GoldMark Programme to promote volunteering to their young members and also to officially recognise the contribution that young volunteers make to sport and their communities.

“Helping to develop the skills and talents of our young people is important work and I would encourage any club not registered for this programme to get in touch with their governing body.”

Irish FA Foundation President Jim Shaw said: “Through Department for Communities funding the Irish FA Foundation, Ulster Rugby and Ulster GAA are able to work together to increase participation in volunteering – promoting and recognising our volunteers and also developing their skills and knowledge.

“We also appreciate the ongoing support of Volunteer Now in this work. Through this programme the spotlight shines on the positive contribution of young people to clubs and their wider communities.”