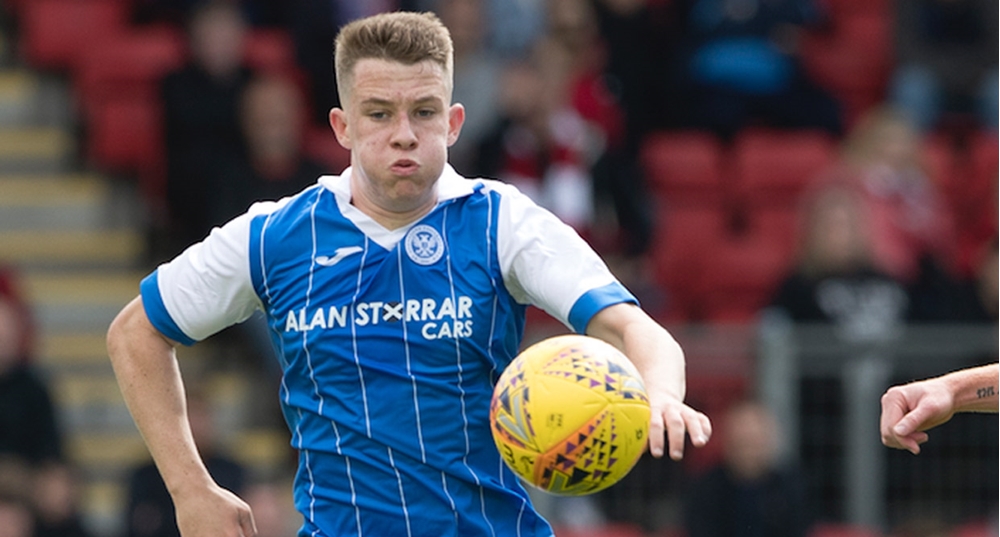 Northern Ireland under-19 international Kyle McClean has signed a one-year contract extension with Scottish Premiership outfit St Johnstone which will keep him at McDiarmid Park until May 2019.

Midfielder McClean, who was snapped up by Saints boss Tommy Wright back in the summer following his release from Nottingham Forest, made his first team debut for the club in a 4-0 home defeat to Celtic on 4 November and is now a regular in the first team squad, which also features Northern Ireland senior internationals Alan Mannus and Paul Paton.

“The contract extension is very satisfying and I’m very grateful,” said a delighted McClean. “It’s given me a bit of comfort and a platform to try and kick on now and try to repay the faith that the gaffer has shown in me."

“I’m pretty much where I would have hoped to be after six months,” added the 19-year-old who is a member of Stephen Frail’s under-19 international panel.

“I’ve settled in and around the first team, but it’s important that I kick on in the next six months and I try and break into the team and get Premiership game time under my belt.”

Saints manager Tommy Wright said: “Kyle settled in quickly this season and is doing well and deserved to make his debut recently.

“At present he’s a good addition to the squad and I have confidence in his ability to push on and get some starting appearances under his belt and do really well. Hopefully the additional year helps him do that.”