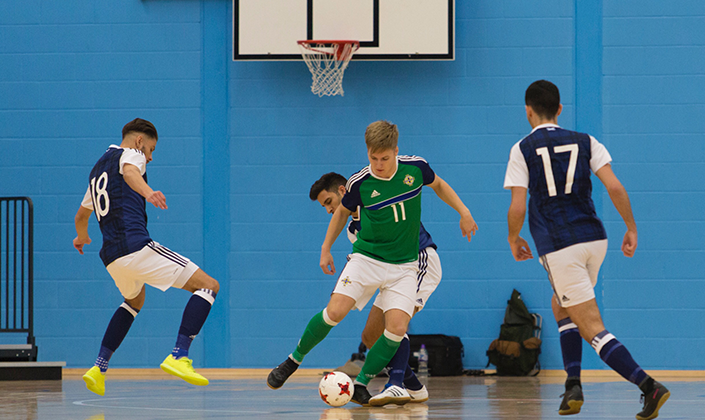 Northern Ireland suffered a disappointing 4-1 defeat to hosts Scotland in their opening match of the futsal Home Nations Championship tonight.

The annual competition, which sees Northern Ireland, England, Scotland and Wales face each other, is taking place at the Oriam Performance Centre in Edinburgh.

This is Northern Ireland's second time participating in the tournament after making their debut last December and their best opportunity of claiming points was undoubtedly in tonight's match.

Both teams started the game positively and tried to hold onto possession, but it was Scotland who took the lead through Scott Smith on five minutes.

However, the visitors didn't panic and kept their composure as the game developed.

On seven minutes Northern Ireland’s Jack Magee put a fantastic ball across goal but there was no-one there to convert the chance.

Scott Gunn, Craig Taylor and Connor Millar then linked up brilliantly but couldn’t find a way through. Magee hit the frame of the goal before Scotland created a number of chances but failed to extend their lead.

Conor Glenholmes then equalised for Northern Ireland only for Kevin Hagan to put Scotland back into the lead less than a minute later.

Both teams pushed for further goals but the first half finished Scotland 2 Northern Ireland 1.

Northern Ireland allowed Scotland to score within seconds of the second half starting when Ahmed Aloulou hit a fantastic long-range strike into the top corner of the net to put Scotland into a 3-1 lead.

Millar and Glenholmes got shots off for Northern Ireland, while Smith should have extended Scotland’s lead on 26 minutes but hit his shot straight at Irvine. Irvine then made a great diving save down low to his right to deny Lee Cameron.

Both teams continued to create chances with Glenholmes and Magee going closest for Northern Ireland.

With seconds to go Cameron slotted home for Scotland to secure a 4-1 win - a result that did not reflect the full story of the game.

After the match Northern Ireland captain Adam Barr said: "The lads are devastated as you can imagine. We have England, Scotland and Wales this weekend and we obviously targeted Scotland.

"We thought we could go out and get a result after the improvement we’ve shown throughout the year. It’s just disappointing and frustrating. I think that scoreline absolutely flatters them, but we have to take out the positives."

Barr said the team are now looking ahead to their next match, which is against England tomorrow.

He pointed out: "These lads are buzzing for the England game already. We’ll work really really hard to get a result for all the fans who were here today." 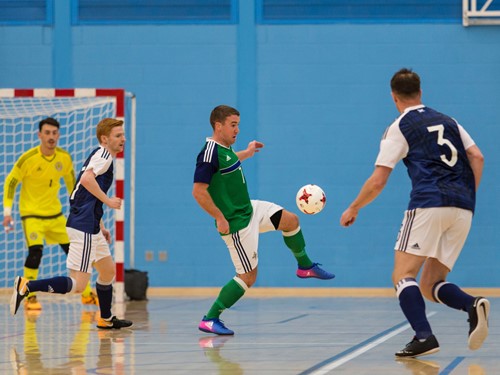 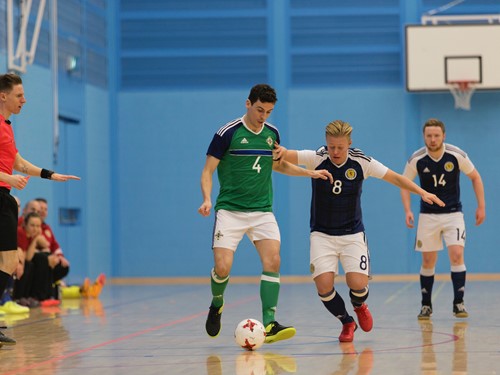 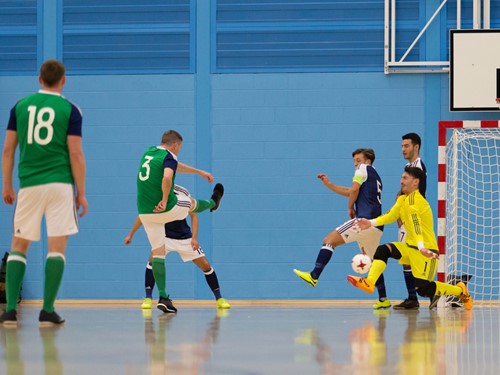 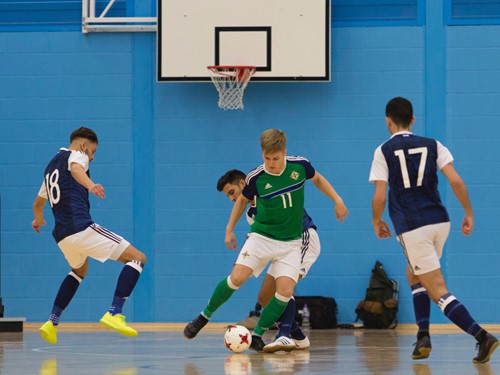