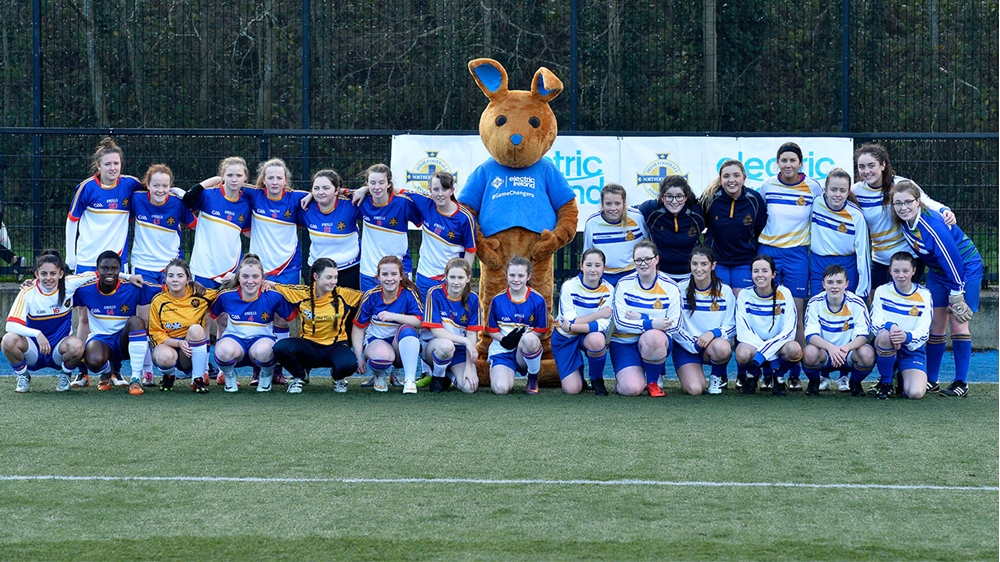 Both teams started the game brightly - it was the opening fixture in the 2017-18 senior competition - but Mercy grabbed an early lead.

And the first goal really sparked the north Belfast girls into action. They created numerous chances with their quick passing and excellent movement – and they added three further goals before half-time.

Trinity began the second half on the front foot and carved out a couple of chances but couldn’t make the breakthrough.

At the other end Amy McWhirter made some fantastic saves as Mercy College turned on the power.

Eventually the Belfast school’s dominance told and Mercy scored with a fantastic curling effort into the top corner to seal a 5-0 victory. Holly Neilly, Clidhna Pedigree and Chloe Turley were the scorers for Mercy in the first round fixture.

It was an entertaining start to the senior girls’ competition and Mercy have already established themselves as one of the favourites to lift the Electric Ireland trophy in 2017-18.

Electric Ireland is supporting both the senior and junior post primary girls’ competitions – they are organised by the Irish FA - for the first time this school year.

The energy provider is the proud sponsor of women’s football in Northern Ireland. Partnering with the Irish FA, it has already helped to boost the women’s game through its Game Changers campaign.

Electric Ireland’s aim is to celebrate female football talent, help increase participation and shine a light on the 10,000-plus Game Changers who play football each week in Northern Ireland.