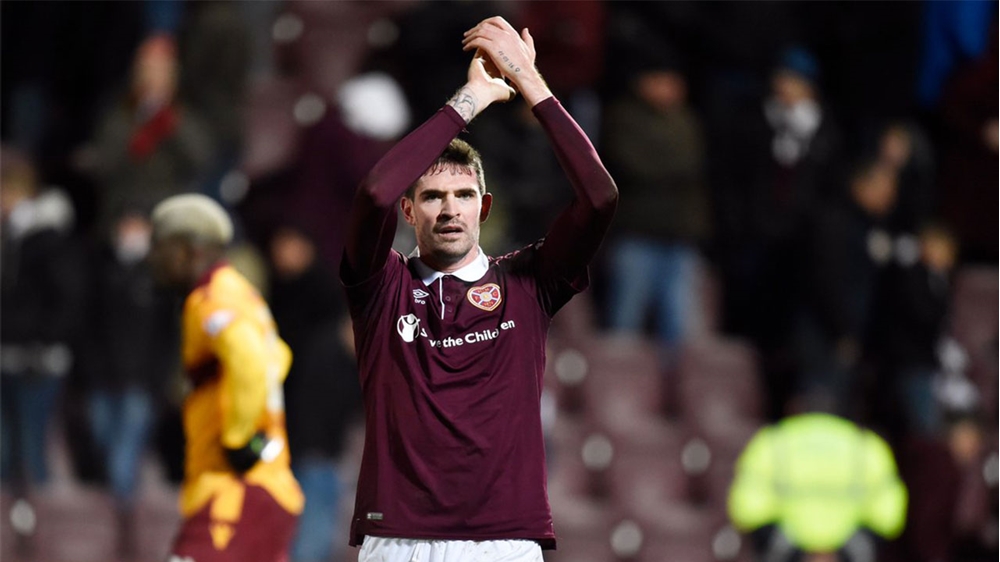 Kyle Lafferty scored his 10th goal of the season as he fired Hearts to their first league victory in seven outings following the 1-0 success at home to Stephen Robinson's Motherwell at the weekend.

The 30-year-old striker reached double figures for the campaign after scoring the all important goal six minutes from the break.

After the game Hearts boss Craig Levein paid tribute to the Fermanagh-born striker: "Kyle showed great determination for his goal.

"He has had issues and things to deal with but he has been quite resilient through the whole thing, so I'm really pleased for him."

In the Championship winger Shane Ferguson was absent from Millwall's scoreless draw at ever improving Aston Villa after picking up a knee injury in training on Thursday. "It's another knee injury and another scenario where no one is near him in training," stated Lions manager Neil Harris.

"He has injured his medial knee ligament and is out now for up to six weeks."

"Corry has an horrific gash on his knee," confirmed Rovers boss Tony Mowbray. "He's had six or seven stitches in there to sort it out. He probably won't play in the game against Crewe though I'm hoping he won't be out too long."