Take a look back on a memorable year for Northern Ireland 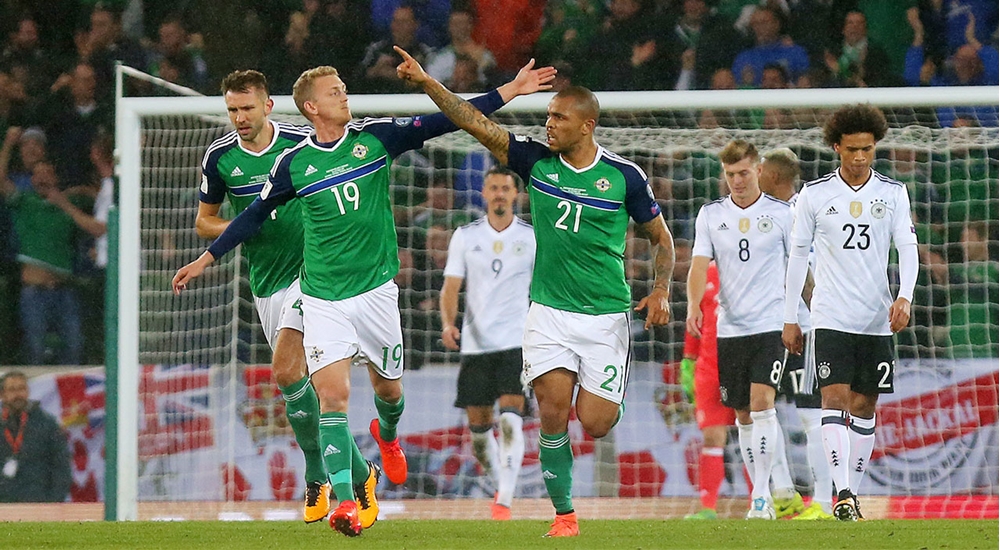 A place at the World Cup wasn't to be but 2017 was still a great year for Northern Ireland.

A 1-0 aggregate defeat against Switzerland ended the World Cup journey but a second place finish ensured it will be a campaign to remember.

The year started with a 2-0 win against Norway, followed by another win against New Zealand in Belfast before Stuart Dallas netted a dramatic last minute winner in Azerbaijan.

A 3-0 win in San Marino followed before goals from Jonny Evans and Chris Brunt sealed second place in the group against the Czech Republic in front of a sold out National Football Stadium at Windsor Park.

We welcomed Germany to Belfast and even with the 3-1 defeat, it was a night to remember with Josh Magennis scoring a late header.

The year ended on a low but looking back on just three defeats in nine games shows it was still a good year with memorable nights home and away.