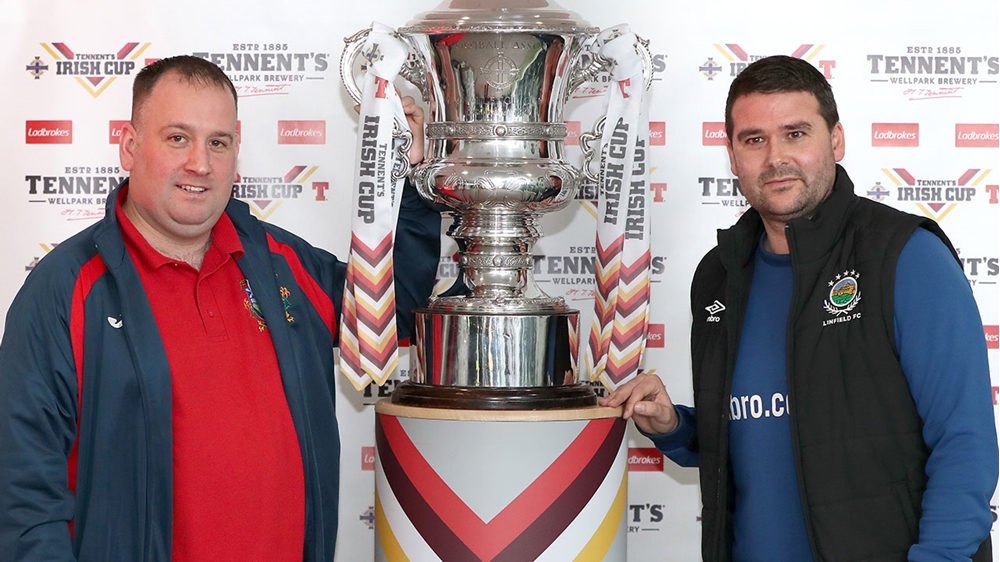 Ballymena Premier Intermediate side Glebe Rangers arguably landed the plum draw in round five of this season’s Tennent’s Irish Cup.

The Ballymoney-based outfit will face cup holders Linfield on the first Saturday in January.

Glebe were drawn out of the box first by former Linfield and Glenavon star Glenn Ferguson but the tie will be played at the National Football Stadium at Windsor Park on 6 January.

The David v Goliath clash between the Blues and the boys from Ballymoney is one of the stand-out ties of the round.

Ferguson and Coleraine legend Dessie Dickson also paired Carrick Rangers (home) with Glenavon, in one of two all-Premiership ties. The other will see Cliftonville take on Warrenpoint Town at Solitude.

Current Premiership leaders Coleraine will face NIFL Intermediate Premier side Lisburn Distillery at The Showgrounds, while high flying Crusaders and Northern Ireland Intermediate League side Maiden City will battle it out at Seaview for a place in the last 16.

Three of the other so-called minnows in the draw - Crumlin Star, Moyola Park and Immaculata - will also enjoy trips to Premiership grounds.

NIFL Intermediate Premier outfit Moyola are off to The Showgrounds to face Ballymena, while Amateur League sides Crumlin Star and Immaculata are set to take on Ards and Ballinamallard respectively.

And there’s one all-NIFL Intermediate Premier clash with Queen’s University at home to Dundela.

The full draw is below: 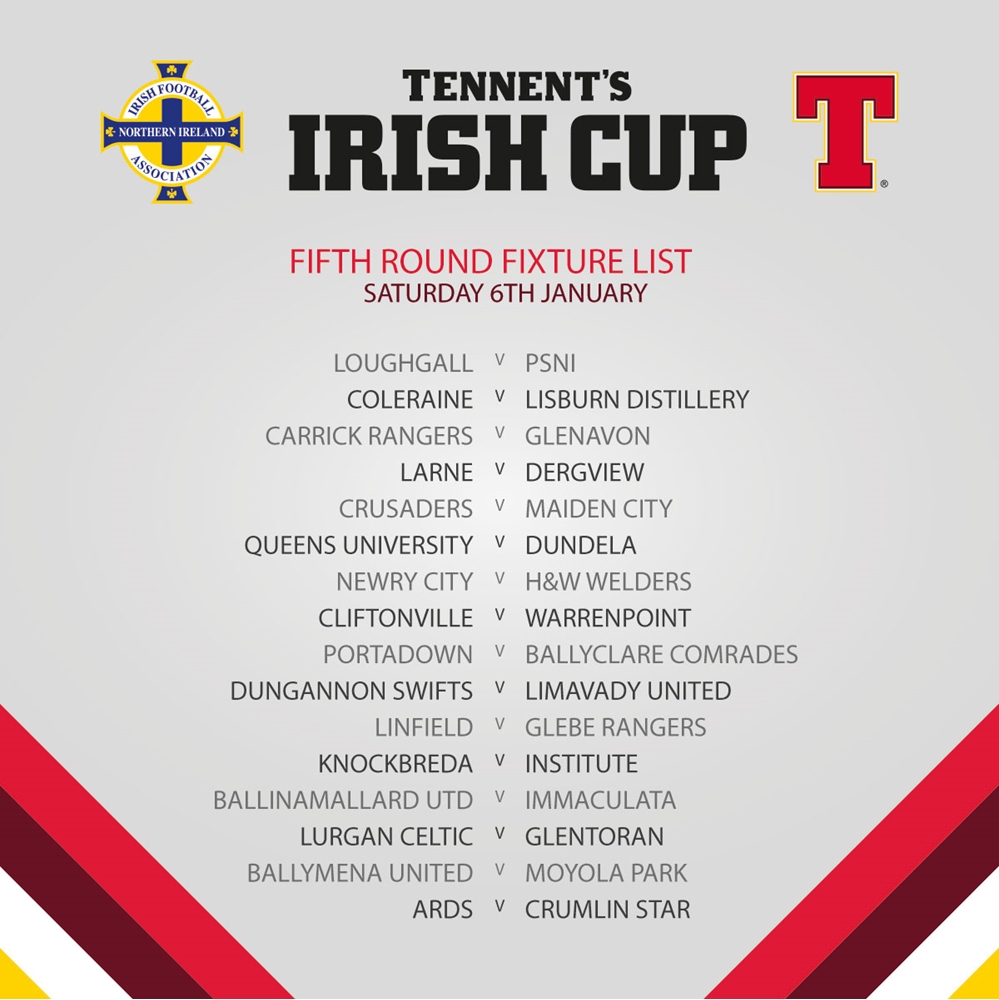