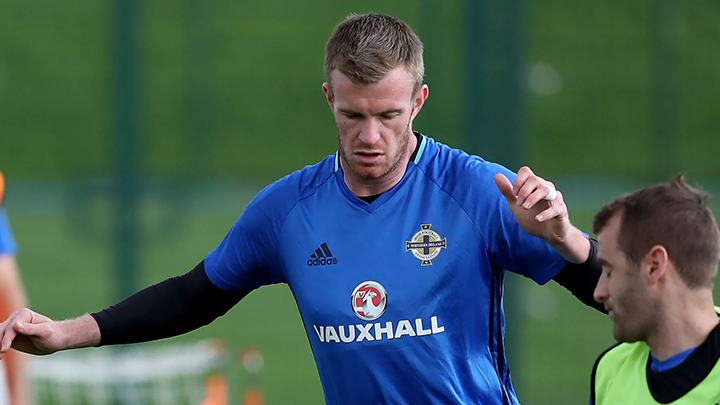 The 26-year-old, whose last treble was against Port Vale in January 2016, took his tally for the campaign to ten as Wigan maintained their four-point lead at the top of League One.

Meanwhile in the Championship central defender Tom Flanagan was on the scoresheet for struggling Burton Albion who chalked up back-to-back league wins for the first time this term after a 2-1 success at Reading.

Flanagan, who had not scored a goal since finding the net against Burton during a loan spell at Gillingham over five years ago, believes the Brewers deserved their victory which lifted them out of the bottom three in the table.

He said: “I think that we deserved three points, we would have been very disappointed leaving with just a draw.

“It has come at a great time and it sets us up nicely for the rest of the Christmas period.”

In League Two, Billy Kee was on the wrong end of a 3-2 scoreline despite scoring his 12th goal of the campaign in Accrington Stanley’s home defeat to Carlisle United.

Elsewhere in the division, Carl Winchester was among the scorers as Cheltenham Town won 2-0 at Barnet while Dale Gorman found the net for Stevenage for the first time since the opening day of the season following an emphatic 5-1 win at home to Chesterfield.

Midfielder Chris Brunt made his first Premier League start for West Brom since September as the Baggies lost out 3-1 at Stoke City.

The 33-year-old, who provided the assist for the Albion’s consolation goal, was still optimistic though despite a run that has seen the Midlands outfit not record a top flight victory since August.

“We need to win a game. We took the match to Stoke, we tried to win the game,” declared Brunt.

“I think there are a few positives we can take out of it and we’re fortunate that we don’t have too long to wait for another game.

“Christmas is always a tough period,” he added, “how you do over Christmas normally defines how the rest of your season goes.

“Hopefully though we can pick up a couple of decent results and start clawing our way up the table.”

The under-21 international came on to play the final 22 minutes of the game and he is now keen to get more first-team minutes under his belt after missing the first four months of the season with a knee injury.

“It feels like it’s been a long time coming, with my injury,” stated Lewis, whose Grandmother is from Northern Ireland. “Even last season, I felt close to making my debut and I just want to kick on now.

“My mum was up in the crowd so got to watch it.” he added, “It was a proud moment for her and for my family, because they’ve been on my journey with me and they’re the ones I try to make proud every day.

“The debut is done with now though. I just want to get into the team and help us get some wins.”