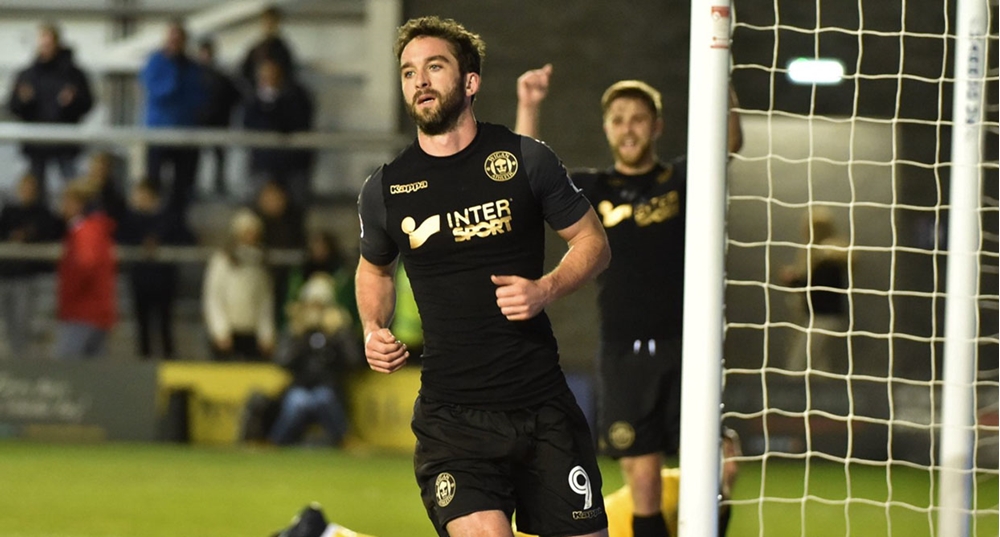 Striker Will Grigg scored his second goal in as many games as Wigan Athletic were held to a 1-1 draw by non-league AFC Fylde in the second round of the FA Cup on Friday evening.

Grigg, who was playing his 100th game for the Latics, opened the scoring for the visitors with a header a minute before the break.

But despite scoring his fifth goal of the campaign he was disappointed with the overall result.

“We came here to win the game,” said Grigg, “so obviously we’re disappointed not to.

“We haven’t played great on the night but credit to AFC Fylde. They played well and made it difficult for us, but we are confident we can finish the job back at the DW Stadium."

“It was nice to get a goal,” added the 26-year-old, who also hit the post midway through the first half, “and also to make my 100th appearance and hopefully there are many more to come.”

Elsewhere in the competition Corry Evans’ Blackburn Rovers face a replay after surrendering a 3-0 advantage at home to Crewe Alexandra and having two players sent off.

League One AFC Wimbledon are into the third round after defeating Josh Magennis’ Charlton Athletic 3-1 at home yesterday though Northern Ireland under-19 midfielder Mark McKee can look forward to tonight’s draw following Stevenage’s 5-2 victory over Swindon Town.

Meanwhile, Paddy McNair, who recently missed the best part of a year with an anterior cruciate ligament injury, missed Sunderland’s home defeat to Reading on Saturday after picking up a groin strain in the warm-up.

New Black Cats boss Chris Coleman, who had named the former Manchester United player in the starting line-up, spoke of his frustration at losing McNair after his first home game ended in defeat.

“We had a game plan and we worked on it but then we lost Paddy in the warm-up,” said the former Wales manager, “so we had to re-jig the shape of the midfield and the personnel.

“It’s Paddy’s groin where he’s having the problem that he felt in the warm up.

“As soon as the whistle goes its 100mph and he’s going to be at full pace, so there was definitely going to be a long-term injury there – it could have been two to three months – and we can’t afford any more so we couldn’t take the chance.”

Finally, in the Championship former Linfield forward Paul Smyth was included in the matchday squad for the first time for Queens Park Rangers by boss Ian Holloway in their weekend trip to Preston North End.

The 20-year-old, who joined the West London outfit from the Blues in August, has impressed Holloway since his arrival at Loftus Road and although he was an unused substitute versus North End a first team debut seems imminent.