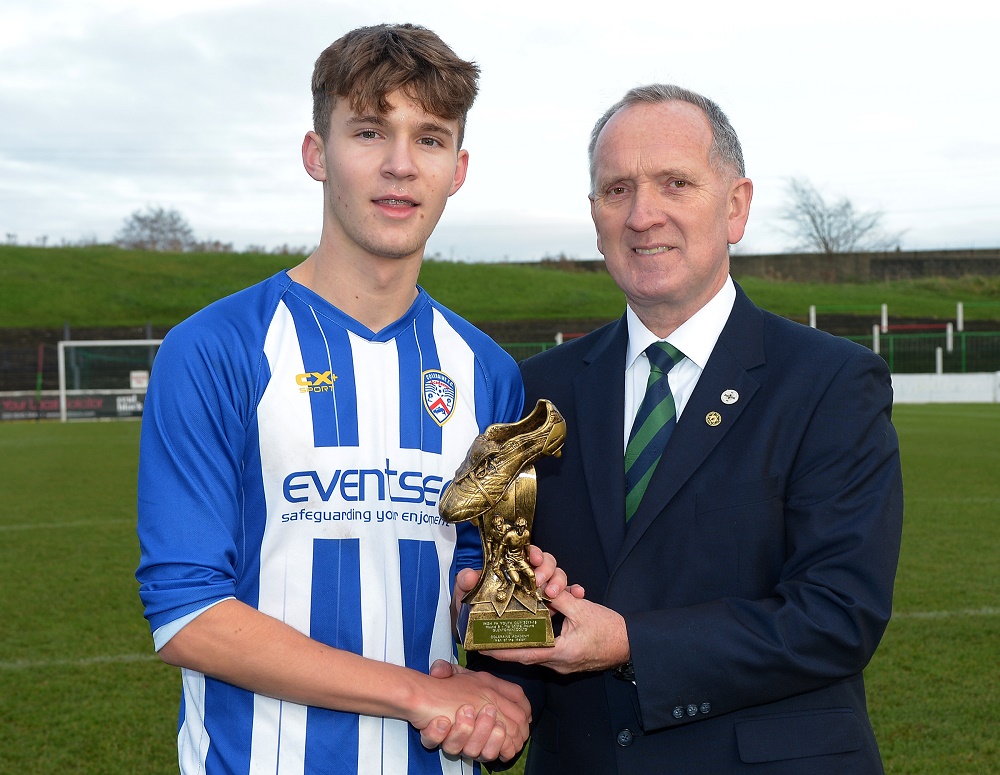 Ben Wilson bagged all four goals as Coleraine Academy defeated Glentoran U18s 4-3 at The Oval in the Harry Cavan Youth Cup second round.

Coleraine came storming out of the blocks, taking just two minutes to open their account when a through ball from Alexander Gawne found Wilson who calmly slotted the ball into the bottom left hand corner.

Within four minutes of the restart an almost identical through ball again found Wilson who slotted it into the same corner.

At two goals up it appeared to be all Coleraine, with Glentoran having limited possession. However, the Glens dug deep and reduced the deficit on 24 minutes when Eoin Rooney scooped a shot over keeper Richard Purcell after he had fumbled an initial long range effort.

A couple of minutes later Glentoran were back on level terms when Sean Wallace scored from close range with a toe poke that crossed the line off an upright.

But Coleraine weren't finished. Wilson claimed his hat-trick just after the half-hour mark with a successfully converted spot kick after Gawne had been upended by Glens keeper Matthew Anderson.

And the visitors extended their advantage on 59 minutes after a long goalkick was misjudged by the home defence, allowing the rampant Wilson time to compose himself to beat Anderson for a fourth time.

To their credit Glentoran produced a spirited fightback which saw them grab a third goal on 73 minutes when a ball into the box was fumbled by the keeper for James McCarthy to knock home.

Sensing an equaliser was there for the taking Glentoran pushed forward again and again. The closest they came to grabbing it was with a header which went just wide of the far post.