Michael’s side are ready for action in Edinburgh this weekend 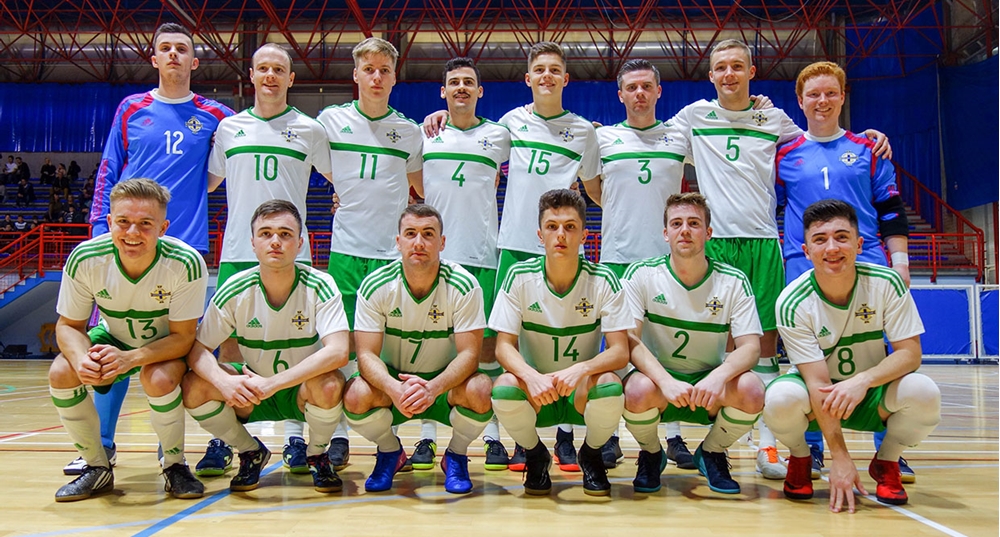 Northern Ireland will be up against it when they take part in the Futsal Home Nations Championship in Edinburgh this weekend.

Team boss Jonathan Michael realises his side are behind the curve when it comes to playing futsal on the international stage but he is confident they will give it their all.

When the boys in green took part in the inaugural Home Nations Championship in Wales last year they suffered heavy defeats at the hands of England, Scotland and Wales.

Since then they have played friendlies against the likes of San Marino and Gibraltar and Michael is hoping those international experiences will hold them in good stead this weekend. He says the standard of opposition will be extremely strong in Edinburgh but insists his boys are ready for action.

Game two will see them take on England tomorrow (2.30pm) and they will round the tournament off against Wales on Sunday (1.00pm).

Michael’s side warmed up for the tournament with two defeats against Gibraltar last weekend (6-5 and 3-1), although both games in Gibraltar were tight affairs.

The manager is hoping the likes of Conor Glenholmes, who scored a couple of times against the Gibraltarians and scored twice during last year’s Futsal Home Nations Championship, will relish the opportunity to shine on a bigger stage.