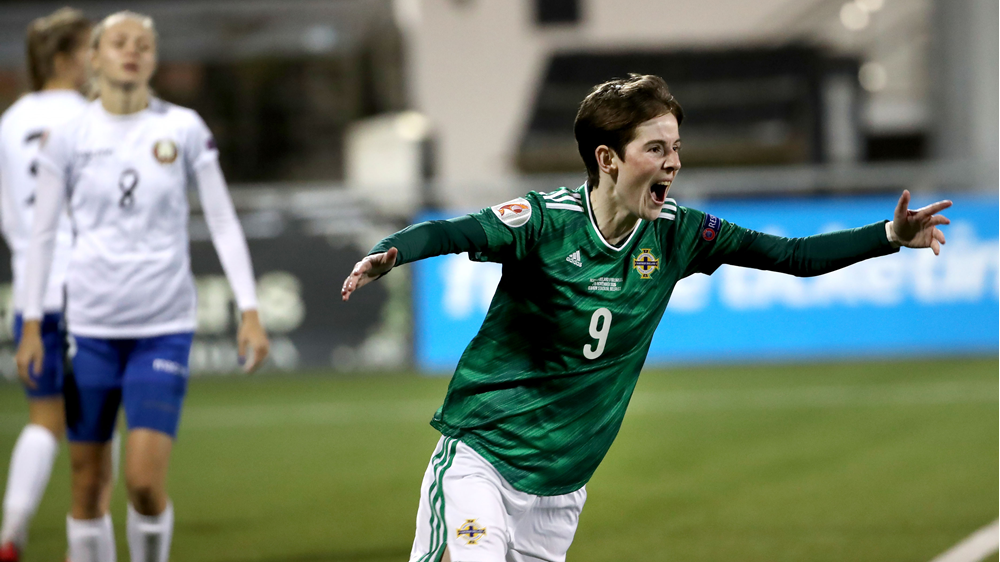 Player of the year awards just keep on rolling in for senior Northern Ireland internationals.

Northern Ireland senior women’s team striker Kirsty McGuinness is the latest international player to pick up a major award. She has been named the Danske Bank Women's Premiership Player of the Year for 2020.

The 26-year-old was in decent goalscoring form last year, scoring 11 times for Sion Swifts Ladies as they finished third in the league. And she also played a key role as Northern Ireland qualified for UEFA Women’s Euro 2022, scoring three goals in the final four qualifiers. 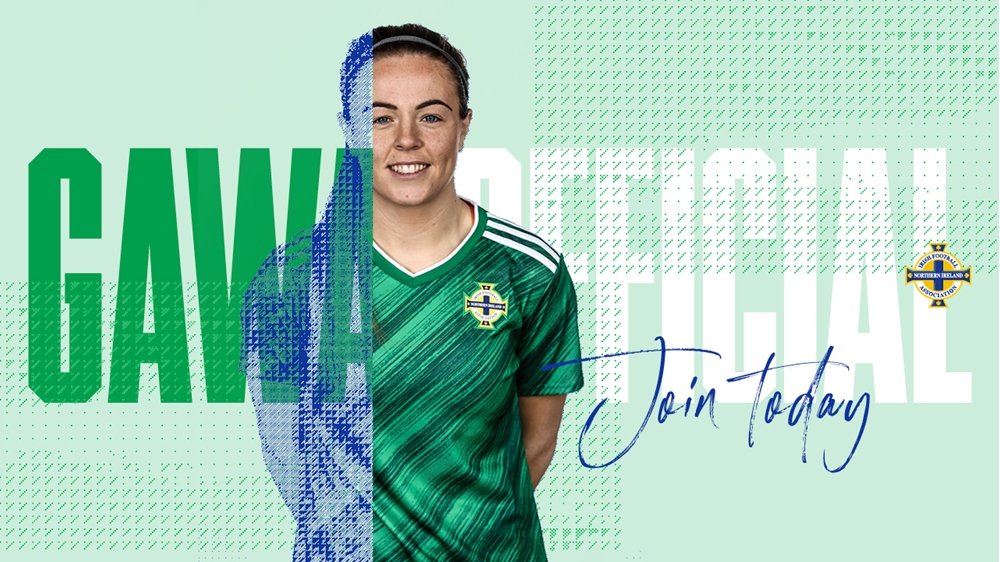 She follows in the footsteps of Steven Davis, Liam Boyce and Shayne Lavery, who have all received POTY awards in the past month or so.

Northern Ireland and Rangers midfielder Steven Davis kicked the awards haul off when he was named as the Scottish Football Writers’ Association Player of the Year for the 2020-21 season.

The Northern Ireland captain, who picked up the award in mid-May, topped the writers’ poll in Scotland ahead of Rangers skipper James Tavernier and two other team-mates, defender Connor Goldson and goalkeeper Allan McGregor.

The former Southampton midfielder (36) had a terrific season as he orchestrated Rangers’ title win in the SPFL Premiership.

His award was quickly followed by a gong for Northern Ireland forward Liam Boyce, who was named the PFA Scotland Championship Player of the Year for the 2020-21 season.

The annual PFA (Professional Footballers’ Association) Scotland awards are voted for solely by players and Boyce came out on top from the Championship ballot shortlist ahead of Hearts team-mate Craig Gordon, Dundee's Charlie Adam and Regan Hendry of Raith Rovers.

The 30-year-old Northern Ireland striker netted 14 times for Hearts as the Edinburgh club won the Championship title and earned promotion to the Scottish Premiership at the first time of asking following their relegation from the top flight last season.

At the end of May fellow Northern Ireland forward Shayne Lavery picked up no less than three major awards as his 30 goals helped Linfield to a league and cup double.

Two of his international team-mates, Stuart Dallas and Gavin Whyte, also achieved the POTY and YPOTY double in the same year when they were plying their trade in the Irish League.

Dallas and Whyte did it with Crusaders in 2011 and 2018 respectively, while the first player to chalk it up was Paul Byrne with Bangor in 1993. He would later go on to play for Celtic.

Kirsty McGuinness, who along with younger sister and Northern Ireland international Caitlin switched from Linfield Ladies to Sion last year, is back among the goals this season.

She has scored five times for new club Cliftonville Ladies, helping the Reds to six wins from six league games to date. And sister Caitlin, who has also joined the Reds from Sion, has three goals so far this term.