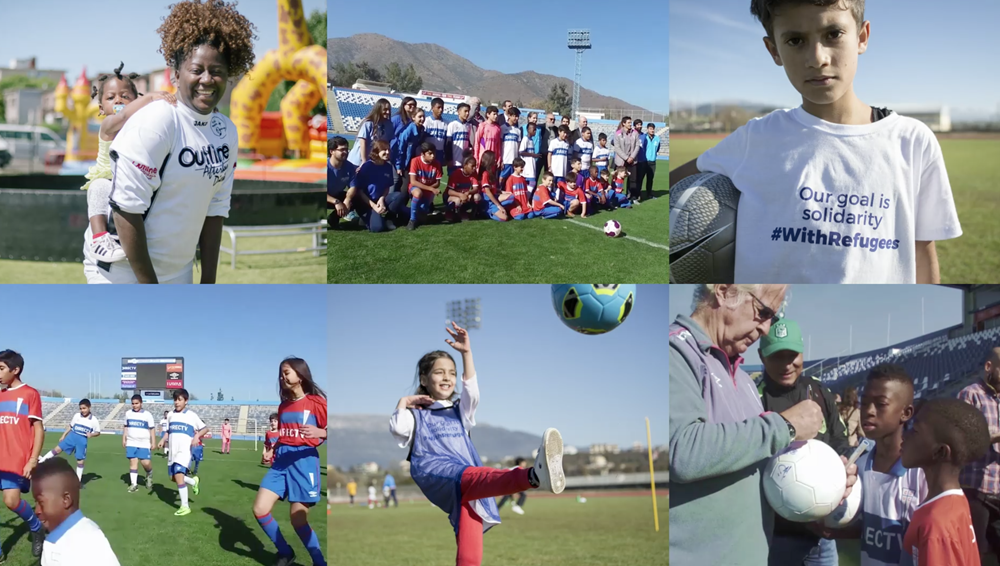 UEFA and UNHCR, the UN Refugee Agency, teamed up today to recognise six European national football associations, including the Irish FA, for their success in using the game’s unifying power to help refugees rebuild their lives.

At the start of a week when the international community marks World Refugee Day, the UN High Commissioner for Refugees, Filippo Grandi, joined the Director of UEFA’s Football Social Responsibility programme, Michele Uva, for an online event announcing the winners of UEFA’s annual Football and Refugees Grant Scheme.

“All of today’s award winners show why football is so well placed to assist refugees as they settle into their new communities,” said Mr Uva.

“Our sport’s popularity bridges so many social barriers. It has the power to connect, regardless of age, colour, gender or belief. At the same time football’s visibility can raise awareness of, and funds for, refugee programmes.”

Football is a universal language that has kept so many going, even during the current pandemic

“The challenges of the past year have been even more harsh for the world’s most vulnerable, including the more than 82 million people whom my organisation, UNHCR, the UN Refugee Agency, helps and strives to protect. This makes the UEFA Football and Refugees Grant Scheme and the work you are doing to support refugees all the more important,” said Mr Grandi.

Since its launch in 2017, some 34 countries have applied for UEFA’s Football and Refugees Grant Scheme, which encourages national associations to support the inclusion and integration of refugees through football.

Other projects provide psychological support, language training or specialised support for women and girls. Many also draw on specialist knowledge from expert partners to maximise their impact and reach as many beneficiaries as possible.

“Football is a universal language that has kept so many going, even during the current pandemic. For this reason we at UNHCR are thrilled about the partnership agreement which we recently signed with UEFA,” added Mr Grandi.

“The contribution that football can make to improving the lives of those who have, through no fault of their own, been forced to flee their countries - and those who so kindly host them - is immeasurable.”