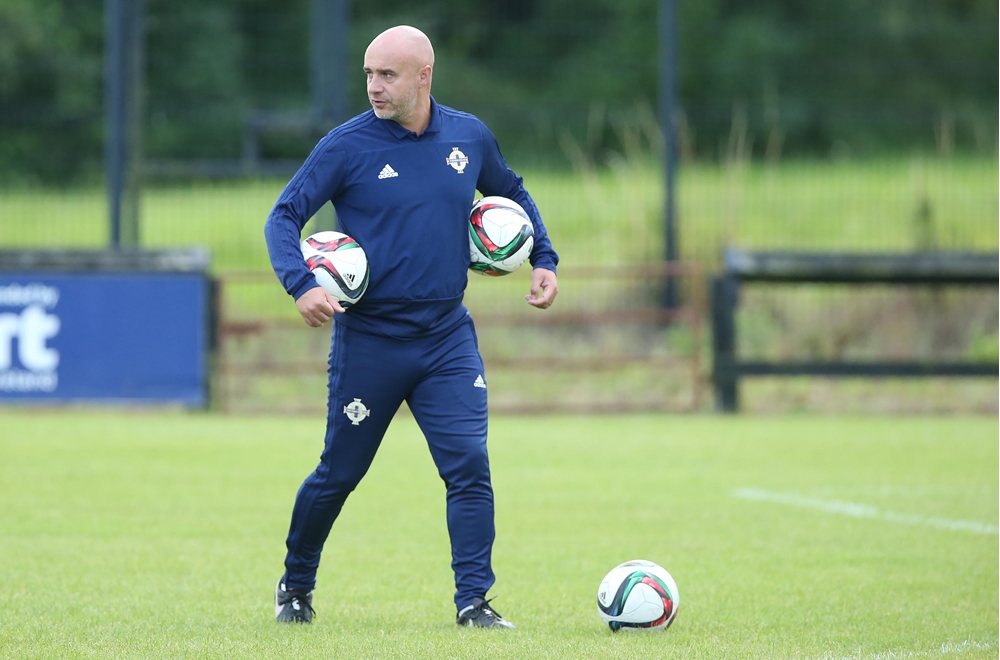 Northern Ireland’s Under-19 men’s team will be put through their paces at a training camp this weekend and early next week ahead of Euro qualifiers in the autumn.

It will be boss Gerard Lyttle’s second U19s camp this year and he has invited along several new faces.

The five-day camp in Belfast, which gets under way on Friday (4 June), may include a friendly on Monday but the game is still to be confirmed.

Dungannon Swifts striker Terry Devlin is also new to the group this time along with Bolton Wanderers forward Rio McEvoy.

Fleetwood Town wing back Jake Wallace has received a call-up as well along with Rotherham United midfielder Ciaran McGuckin. And Huddersfield Town striker Conor Falls is included in the squad, too.

Four of the newcomers - Devlin, Falls, McGuckin and Wallace - have previously played for Northern Ireland at U17 or U18/U16 Schoolboys level.

The U19s are due to face Czech Republic, Denmark and Kazakhstan (Group 13) in a four-team mini tournament in the qualifying round for the next U19 Euros. The games are pencilled in for 6-12 October in the Czech Republic, although match venues have still to be finalised.

Those 28 teams will be drawn into seven groups of four teams. Each group is played in round-robin format and the seven group winners qualify for the final tournament.

Slovakia, who will be hosting the UEFA U19 European Championship finals in the summer of 2022, qualify directly for the finals as hosts.