Northern Ireland senior women's boss Kenny Shiels is expecting another tough test for his team when Scotland arrive in town for an international friendly this evening.

It will be his team’s first game since their heroics over two legs against Ukraine Women in April which earned them a place at UEFA Women’s Euro 2022.

And Shiels believes Scotland, who failed to make the Euros after finishing third in their qualifying group, will want to make a point at Seaview (7 o’clock start).

“I have no doubt that Scotland will arrive in Belfast wanting to show us that they are still among the best teams in Europe,” he said in the matchday programme for the game. Scotland are still ranked in Europe’s Top 16.

Scotland Women’s interim boss Stuart McLaren’s 23-strong squad is packed full of experienced internationals, many of whom play their club football at the highest level.

Among their number is Arsenal Women midfielder Kim Little, who has scored 59 goals for her country in earning 139 caps to date, as well as Manchester City Women midfielder Caroline Weir (77 caps, 12 goals) and Kansas City defender Rachel Corsie (122 caps, 17 goals).

And Chelsea Women striker Erin Cuthbert, who came on as a sub in this year’s UEFA Women’s Champions League final, has made the trip across the North Channel, too. She has played 42 times for her country, netting 15 goals.

They also have four new faces in their panel. Goalkeeper Eartha Cummings (Charlton Athletic Women), defenders Brianna Westrup (Rangers Women) and Leah Eddie (Hibernian Women) and AC Milan Women forward Christy Grimshaw have all been called into the squad for the first time.

And there’s a return for Fiorentina Women striker Lana Clelland, who has not played for the Scots since the Women’s World Cup finals in 2019.

Northern Ireland are missing several players through a mixture of injuries or work and other commitments.

However, Shiels believes he has a good blend of youth and experience at his disposal and that they will rise to the challenge.

And nine of the eleven players who started against Ukraine Women in the second leg of the Women’s Euro play-off are in his 22-strong panel.

“As we do in all friendlies, we will be using this game as much as we can to develop the players so that it brings about an overall improvement in the team,” said Shiels.

And he added: “We are fully aware that achieving what we have achieved in getting to the Euros is quite simply not enough.

“If we remain where we left off then I will be very disappointed. We must have goals and targets to improve. Getting better never stops.” 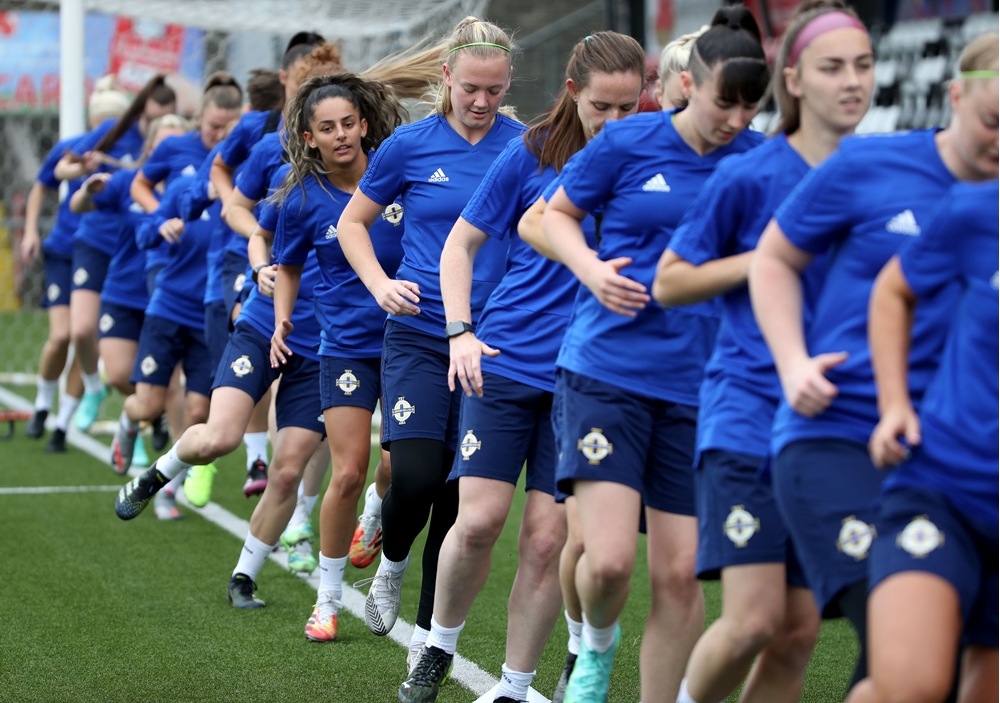 Northern Ireland’s opening encounter in six-team Group D in those qualifiers will be a home game against Luxembourg on 17 September, followed by another home match against Latvia on 21 September.

The game against Scotland Women is being streamed live on the BBC Sport NI website and on the BBC iPlayer.

There will be 500 spectators at the game following an easing of Covid restrictions.