Toni-Leigh Finnegan, a young defender buzzing at being a history maker 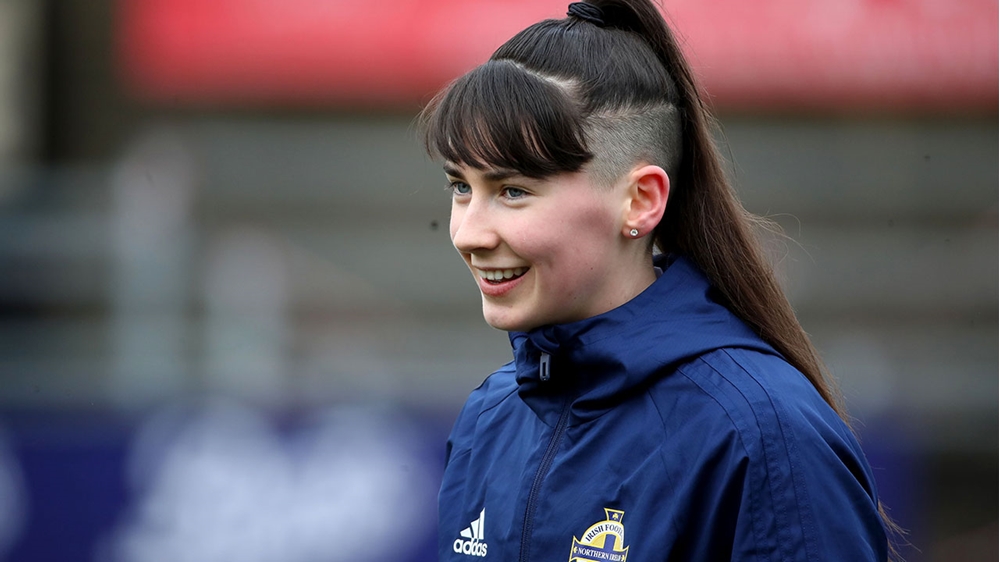 Toni-Leigh Finnegan admits she is still buzzing following the senior women’s team’s qualification for the Euros next year.

The young defender made her senior debut against Ukraine Women in March 2020 as a 17-year-old. That game at the Pinatar Cup in Spain saw Kenny Shiels’ side defeated by four goals to nil.

Fast forward just over a year and she was part of the senior squad which defeated Ukraine twice to reach UEFA Women’s Euro 2022 in England.

She said: “It was a dream come true to even be named in the team for the two play-off matches against Ukraine in the first place. Then to win both games and get minutes on the pitch, well, it still just doesn’t feel real.” 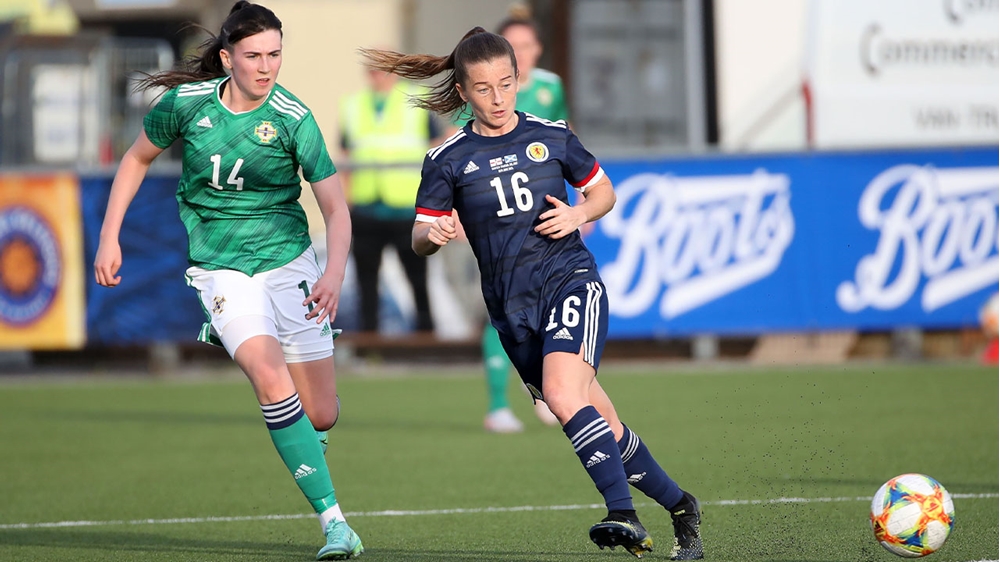 The 18-year-old has won seven senior caps to date and has also represented Northern Ireland from counties level up to under-15, U16, U17 and U19.

And she was a bit of a star for the U17s in particular. In her 12 appearances for the team she notched six goals.

The Belfast teenager, who plays her club football in the NIFL Danske Bank Women’s Premiership with Cliftonville Ladies, usually operates as a centre half or holding midfielder.

“It was a dream come true to even be named in the team for the two play-off matches against Ukraine in the first place."

She has been playing football since the age of eight and started playing competitively aged nine. Over the winter months she would turn out for Willowbank Boys while in summer she would play for the Reds. At the age of 15 she left Willowbank to fully concentrate on the women’s game with Cliftonville.

Along the way she also played lots of Gaelic football and she reckons that has held her in good stead when faced with the rough and tumble of the Women’s Premiership and the demands of international football.

Since the senior women’s team qualified for the Euros the defender has been out and about promoting women’s football in Northern Ireland.

And the fluent Irish (Gaeilge) speaker has also been interviewed on BBC Radio Ulster’s Blas - Ón Taobhlíne, chatting with presenter Fearghal Mag Uiginn about the senior women’s team’s success and life in general. 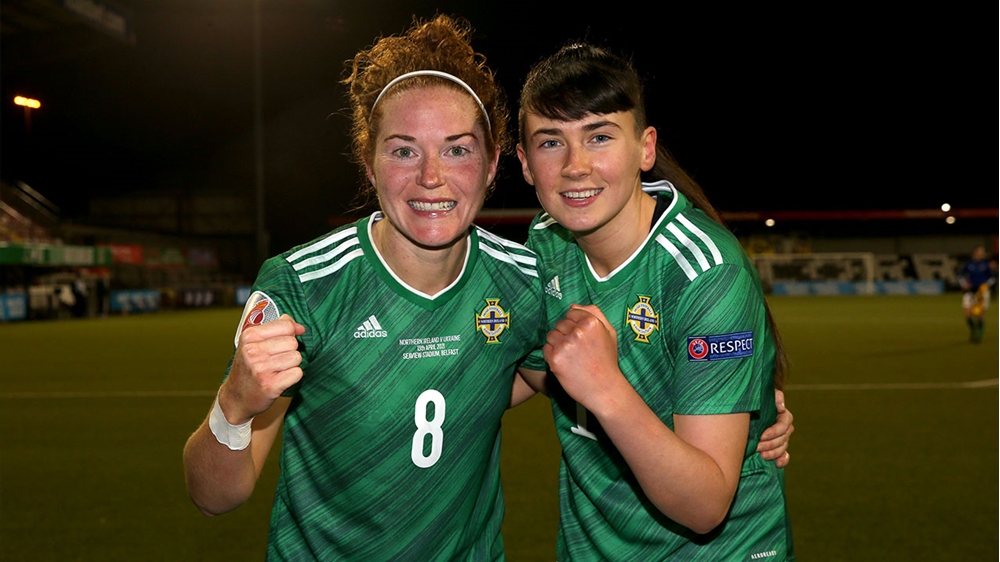 In terms of favourite coaches, she says Northern Ireland senior women’s team boss Kenny Shiels and his backroom staff, including Dean Shiels, Gary Boyd and Dwayne Nelson, have transformed the women’s senior squad into both a better team and better individuals.

And she also has special praise for her coaches at Willowbank Boys - Padraig, Connor, Jamesie and Deccy. “I wouldn’t be where I am today without them,” she insisted.

Toni-Leigh says England Women, whom she came up against in a friendly at St George’s Park back in February, are the best team she has ever faced. And she was also impressed by the pitches and facilities at the FA’s National Football Centre in Staffordshire.

The defender revealed her family have constantly inspired her during her career, while Northern Ireland senior women’s team captain Marissa Callaghan is also a source of inspiration.

She has simple advice for anyone taking up the game: “I would tell them to listen to their coaches and to work hard.”

And what is she most proud of? “Making the Northern Ireland senior team and being in the squad that made history by reaching the Euros,” she revealed.