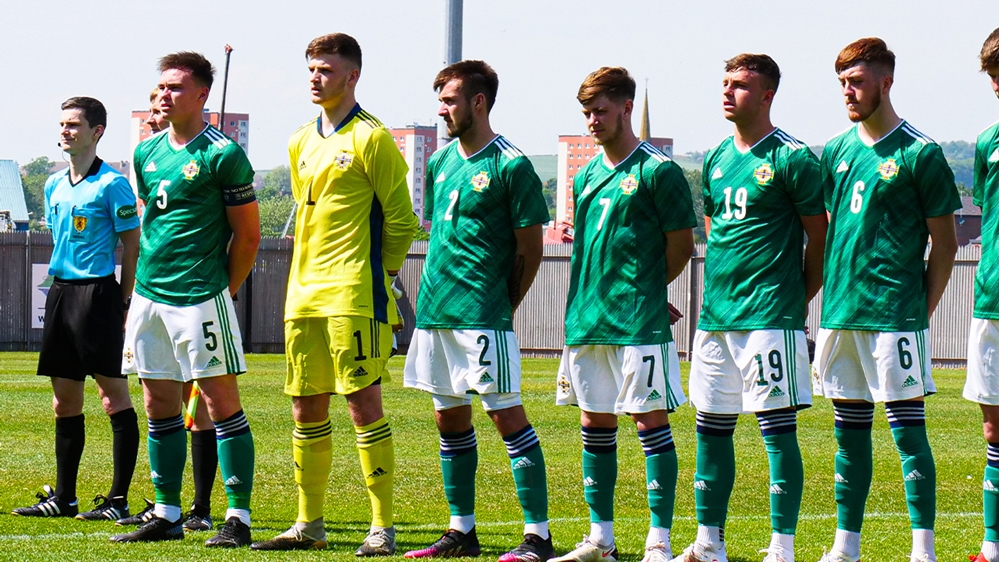 Northern Ireland’s Under-21 men’s team defeated Scotland U21s in the first of two friendlies against the Scots this week.

Northern Ireland started on the front foot and took the lead on nine minutes when Aaron Donnelly crossed for Taylor to volley home.

Scotland captain Glenn Middleton was involved in their brightest moments early on, blasting a free-kick towards goal that flew just wide.

The home side levelled the scores in the 35th minute. Ewan Urain was barged over in the box by Kofi Balmer and Middleton made no mistake with the resultant penalty kick.

The boys in green and white responded well and regained the lead on the stroke of half-time, with Baggley lifting the ball over Scotland keeper Cieran Slicker.

After the break Urain forced Northern Ireland keeper Dermot Mee into a fine save with a shot that looked destined for the top corner, while Stephen Kelly and Kyle Joseph also went close for the Scots.

Towards the end Scotland substitute Zak Rudden had a scrambled close range effort that came back off the post as Scot Gemmill’s side pushed hard for an equaliser.

This week’s away friendlies against the Scots are the key components of a Northern Ireland U21s training camp in Scotland.

The second game is also at the C&G Systems Stadium in Dumbarton – on Saturday. And like today’s game it will be played behind closed doors.