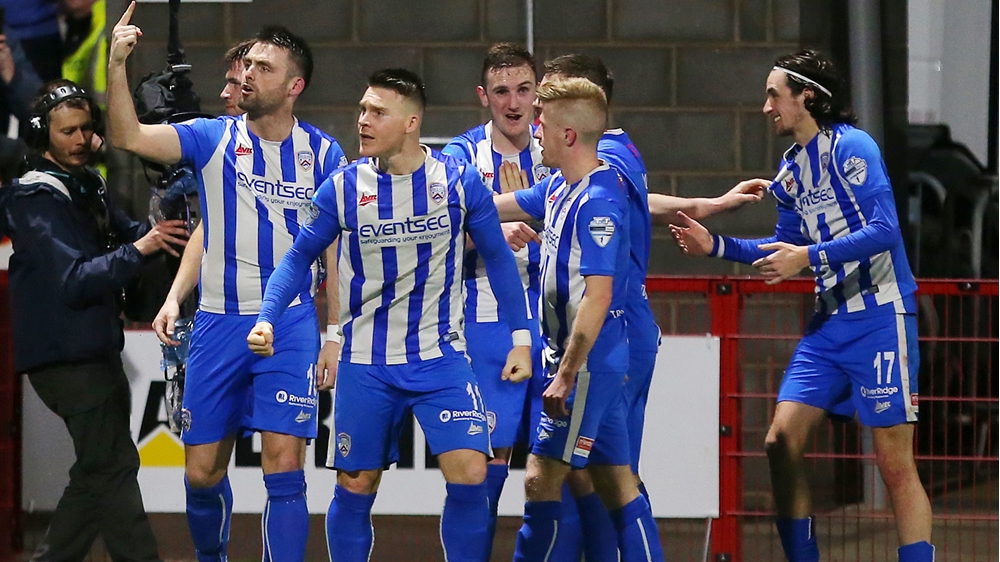 Coleraine booked their spot in the last four of the Sadler’s Peaky Blinder Irish Cup thanks to a late strike from Eoin Bradley.

The centre-forward’s 87th-minute finish fired the Bannsiders to a 3-2 win over hosts Larne on Friday night.

For Tiernan Lynch’s Inver Reds, it meant the third consecutive defeat in the competition by Coleraine.

A minute’s silence was held before kick-off as a mark of respect for Irish FA Football Operations Manager Craig Stanfield who passed away last weekend. 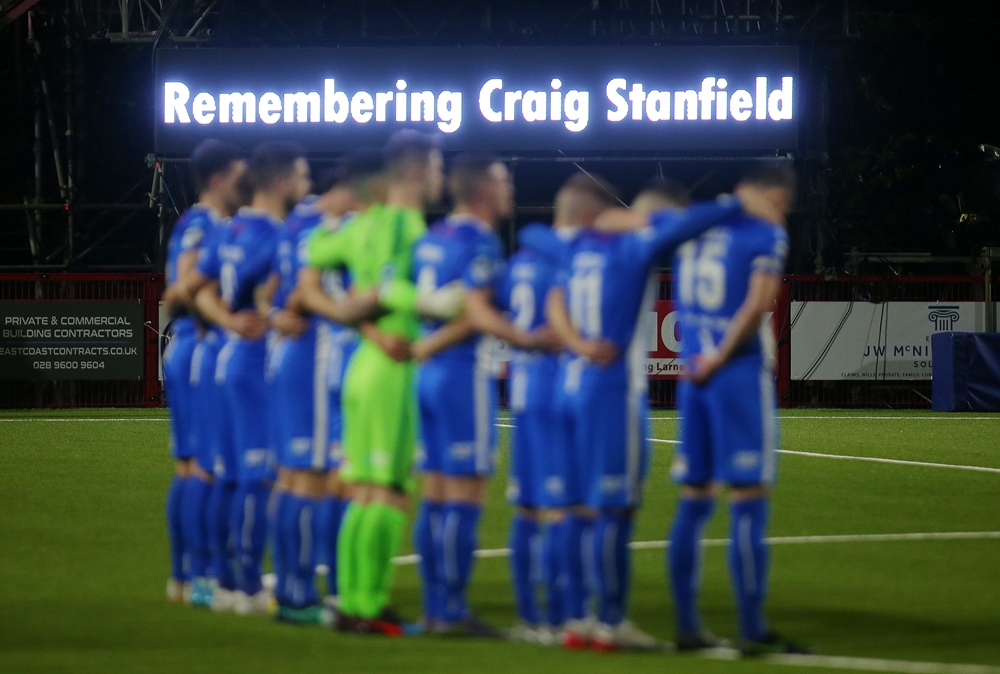 When the game got under way it was Lyndon Kane's own goal which put Larne in front before James McLaughlin levelled matters when his low volley nestled in the bottom corner of Conor Devlin’s net.

Substitute Bradley fired Oran Kearney’s charges through to the semi-finals when he beat Devlin at the near post.