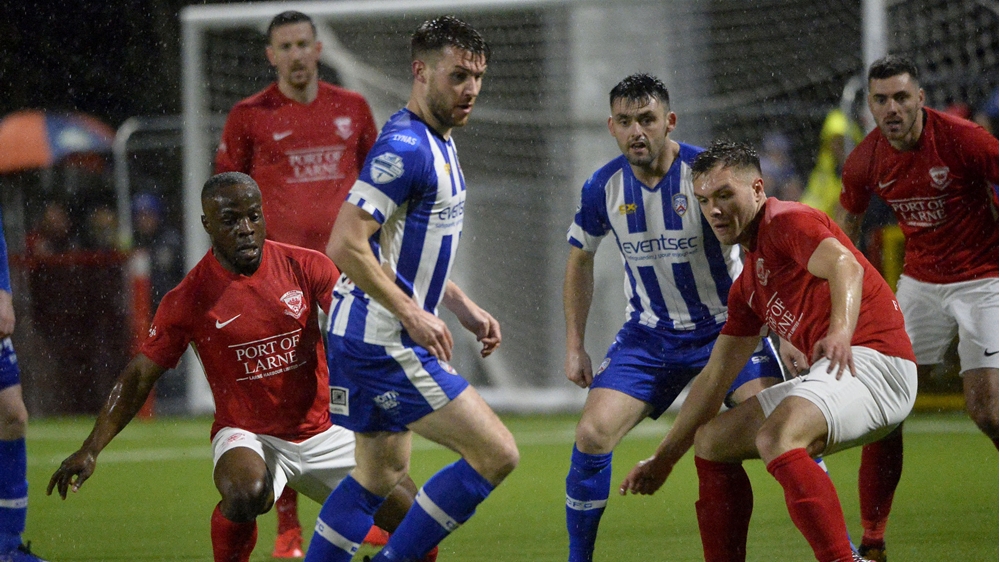 The Sadler’s Peaky Blinder Irish Cup quarter-final between Larne and Coleraine later this month will be shown live on BBC Television, it was confirmed today.

The last eight game between Tiernan Lynch’s Larne and Oran Kearney’s Bannsiders at Inver Park is due to be broadcast on BBC Two Northern Ireland and the BBC Sport NI website from 19.30 on Friday 28 February.

Coleraine saw off Larne 5-3 in a thriller at the same stage of the competition last season, a match which was also shown live by BBC Northern Ireland.

BBC Northern Ireland also revealed it will show a semi-final of the Irish Cup live on Friday 27 March, while this season's Saddler’s Peaky Blinder Irish Cup Final will be live on BBC Two NI on Saturday 2 May.

The other ties in the last eight of the Irish Cup are: Ballinamallard United v Ballymena United, Dungannon Swifts against Cliftonville and Glentoran v Crusaders.

Meanwhile, the BBC also announced the Danske Bank Premiership encounter involving title chasers Linfield and Crusaders on 21 February will be screened live, while the league game between Glentoran and Linfield on 20 March will also be live as part of BBC NI's Friday Night Football programme.