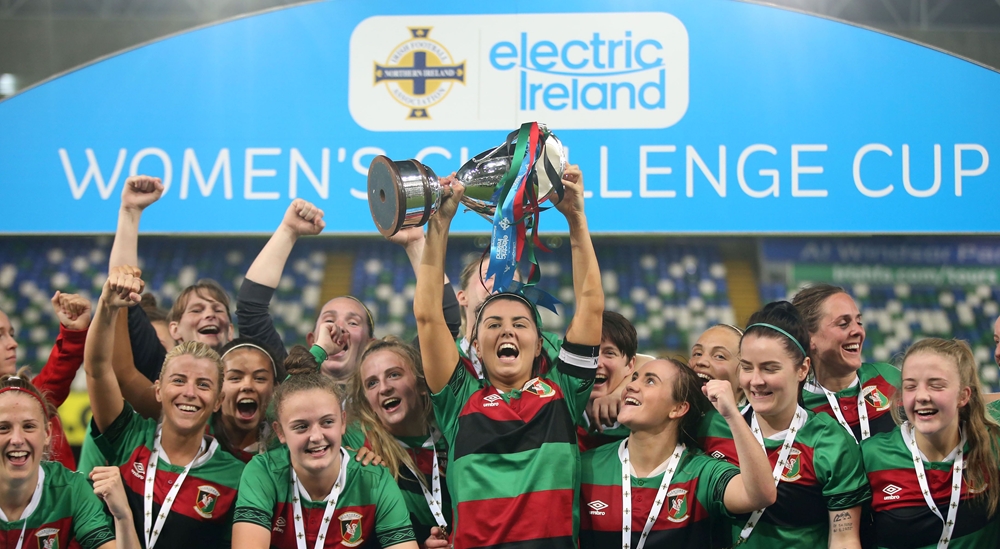 Holders Glentoran Women are expected to be in the mix to lift the Electric Ireland Women’s Challenge Cup once again this year.

The Glens have won the trophy in the past two years, defeating Linfield Ladies on both occasions.

However, reigning Danske Bank Women’s Premiership champions Linfield will no doubt be keen to prevent their arch rivals from making it three in a row.

The competition produced some cracking games in 2019, with goals galore, and the organisers are hoping for similar action-packed encounters this time around.

Entries for the competition are now live - and the closing date is Saturday 29 February. The entry fee is £20.

This year’s final will once again be staged at the National Football Stadium at Windsor Park – on Saturday 26 September. 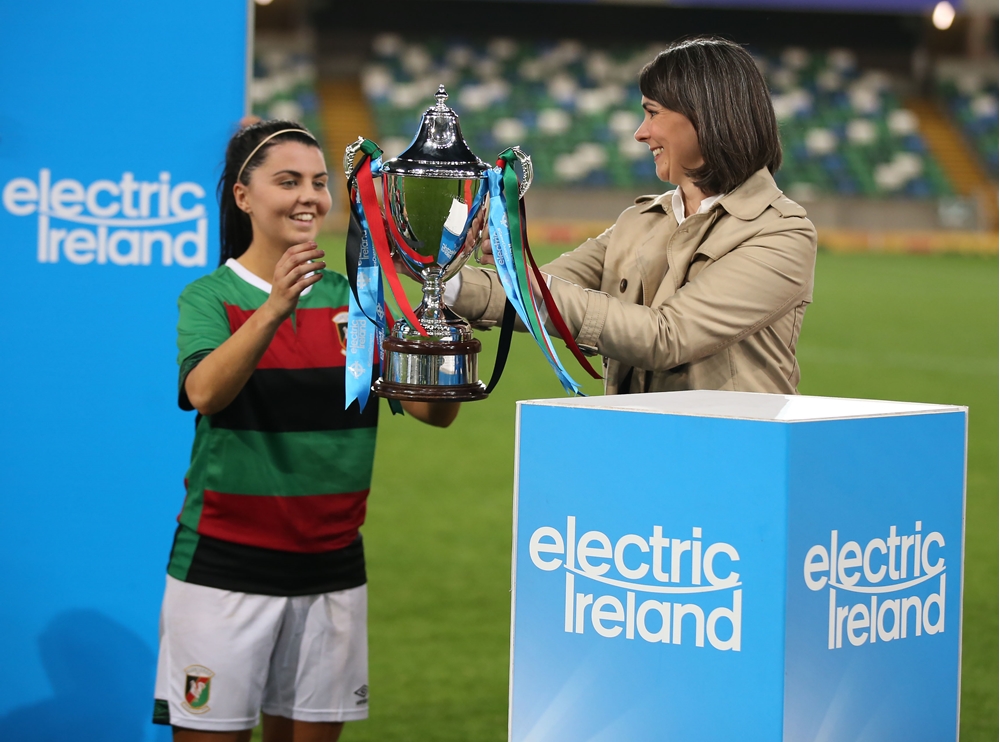 On their way to the 2019 Women’s Challenge Cup decider, after receiving a bye in round two, Glentoran Women defeated Cliftonville Ladies 3-0 in the last eight and Comber Rec Ladies 4-0 in the semi-finals.

On their way to the final the Blues hammered Downpatrick Ladies 13-0 in the second round, edged past Sion Swifts Ladies 3-1 in the quarter-finals and put three past Crusaders Strikers without reply in the last four.

In the final itself a goal from Emma McMaster was enough to see the Glens lift the trophy, securing a cup treble for the east Belfast team in 2019. They also won the League Cup and County Antrim Cup last year.

To enter this year’s competition clubs should log in to their Comet accounts and click on the MyComet link from the navigation bar at the top of the screen.

It’s a straightforward process, however a document providing full instructions has been forwarded to NIFL and NIWFA to circulate to clubs in their respective leagues.