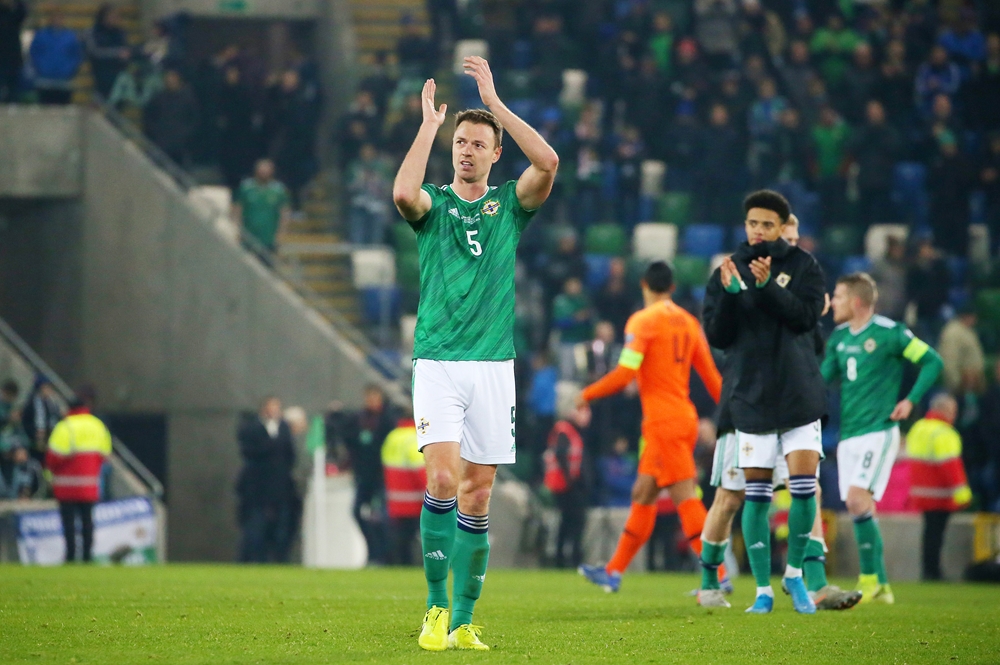 Defender Jonny Evans admits Leicester City’s scoreless draw with Wolves on Friday evening was a pleasing result considering they had to play the final quarter of the contest at Molineux with ten-men.

The visitors had midfielder Hamza Choudhury dismissed for a second bookable offence with 14 minutes of the encounter remaining, but City held out for a point despite being put under intense pressure by the home side.

Speaking to the club website Evans said: “It’s probably a good point in the circumstances, being down to 10 men and they put the pressure on us. It was a difficult game.

“They’ve a good team here and I think you see their league position too, it’s quite strong. We’re pleased probably overall with the point in the end.”

Elsewhere in the Premier League, Norwich City left-back Jamal Lewis came on as a first-half substitute for the injured Sam Byram to make his first league appearance in over a month as the Canaries went down 1-0 at home to runaway leaders Liverpool.

On the goalscoring front, on-loan winger Rory Holden chalked up his first goal of the campaign in the third minute of injury time to give Walsall a 3-2 home win over Northampton Town who had been leading 2-0.

In Scotland, striker Billy McKay also popped up with a late injury time goal to give Ross County a point in the 1-1 draw with Tommy Wright’s St Johnstone at Dingwall.

Also in the Scottish Premiership, Conor Washington came off the substitute’s bench to set-up Hearts late equaliser against ten-man Hamilton Academicals while winger Matty Kennedy also provided an assist for Aberdeen’s consolation goal in the 2-1 home reverse to Celtic.

Meanwhile back in the Championship in England, Jordan Thompson started his first game since signing for Stoke City last month as Michael O’Neill’s side lost 4-2 at QPR despite having led 2-0 with just over half-an-hour on the clock.

Despite setting up an equaliser for fellow striker Tom Eaves in the dying moments of Hull City’s remarkable 4-4 draw with Swansea City, Josh Magennis was still disappointed that the Tigers failed to claim all three points.

“Both managers will be saying that they should have won the game,” Magennis told the club website, “especially for us having scored four goals at home.

“After failing to score in midweek we go and score four, but we’re also conceding. We’re taking steps in the right direction though.

“We’ve always had the quality to go and create chances and score,” he added, “but the most important thing in this league is to keep them out the other end.”

Finally, it was a big weekend for 18-year-old goalkeeper Callum Taylor who made his debut for League One Southend United after coming on as a substitute for the final four minutes of the 2-0 home defeat to Coventry City.

Following keeper Mark Oxley’s injury on Saturday, Taylor, who has previously represented Northern Ireland at both under-16 and under-15 level, could be in line for a start in Southend United’s encounter at home to Gillingham tomorrow evening (Tuesday).

Speaking after the game Shrimps boss Sol Campbell said: “We’ll see how Oxley is, but it could be a week, a few days, two to three weeks, I’m not sure. It was his thigh that he injured

“With just Taylor available, maybe we could get an emergency loan, but I don’t even know if we can.”