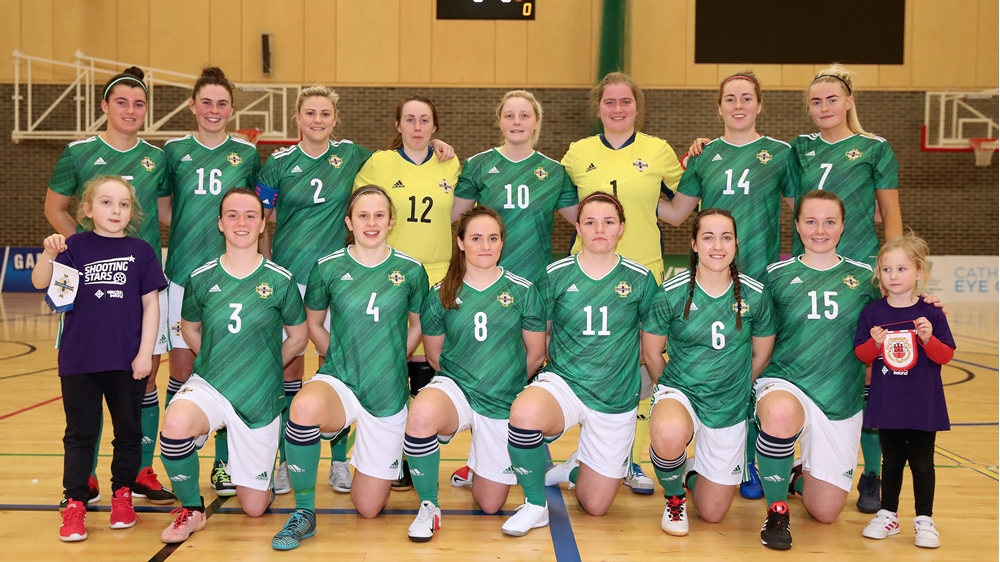 Northern Ireland’s women’s futsal team have been handed a tough draw in the preliminary qualifying round for Women’s Futsal Euro 2021.

They will face Serbia, hosts Lithuania and Slovakia in stage one of the competition from 5 to 10 May.

There are three preliminary round groups – Northern Ireland are in Group A – and only the winners of each group will advance to the main round, joining the 13 highest ranked teams in Europe, who were all given byes in today’s competition draw.

The main round is due to be staged from 1-6 September and if Northern Ireland get through stage one they will be up against Spain, hosts Sweden and Italy in Group 4. Four group winners at that stage will advance to knockout finals next February.

A total of 24 nations have entered what is the second edition of the UEFA Women’s Futsal Euro, including debutants Gibraltar and Bosnia and Herzegovina. Spain won the first edition in 2019.

Team manager Keith Gibson said: “It will be a very tough group with top seeds Serbia a quality side.

“However, following the friendlies against Gibraltar in January (5-1 and 4-0 wins) the team are training hard in preparation and are looking forward to the challenge of matches against experienced futsal nations.”