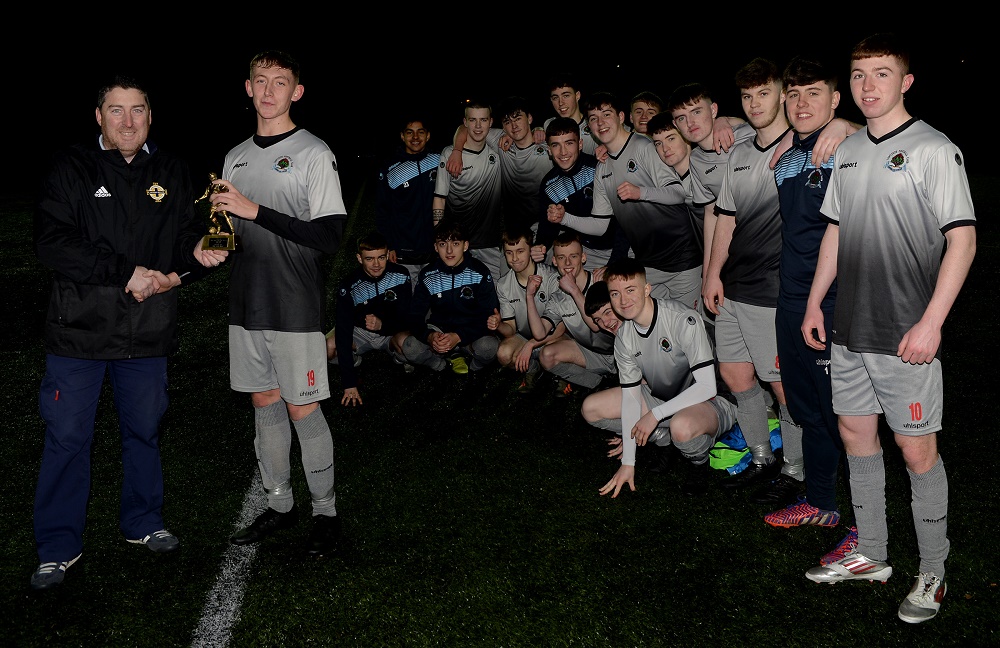 Institute U18 reached the final of the Harry Cavan Youth Cup following a narrow victory over Ards U18 at Mill Meadow.

The game started very sprightly as both teams tried to take command, but it was 'Stute that gained the upper hand after just six minutes with what proved to be the only goal of the game when 'man of the match' Niall Fielding confidently converted from the spot after referee Mark Ward awarded a penalty following a trip inside the area.

Not to be deterred, Ards responded positively in search of the equaliser but despite finishing the first half the strongest they were unable to find a way through the 'Stute defence.

Institute took the game to Ards after the break, but after an initial flurry of activity the game settled into a midfield battle.

With the midfield being so congested both sides left themselves exposed to counter attacks but it was 'Stute that came closest to scoring again when, five minutes into added time, Paul Brady unleashed a rasping 20-yard effort which Ards keeper Corey Pollock denied with a spectacular save.

On the night both teams provided an excellent evening full of entertainment and commitment as 'Stute held on to book a place in the decider against either Cliftonville Strollers or Glentoran Colts.