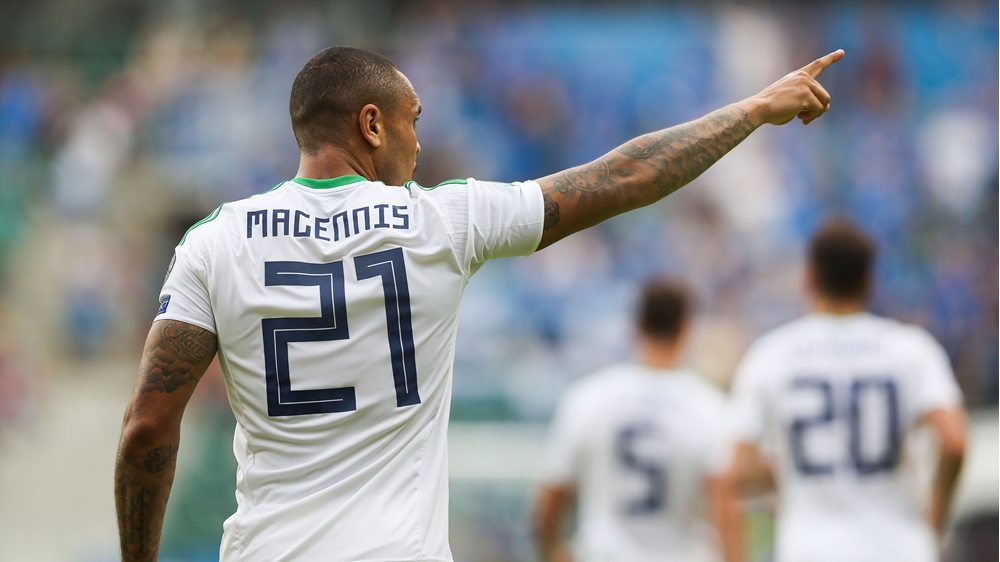 Northern Ireland senior men’s team manager Michael O’Neill and his squad were firmly focused this year on reaching the European Championship finals in 2020.

Automatic qualification from Qualifying Group C was not attained, however the team are still in there challenging for a place at UEFA Euro 2020.

The draw for the qualifiers saw Northern Ireland placed in Group C alongside Germany, Netherlands, Estonia and Belarus.

Northern Ireland started their campaign with a 2-0 victory over Estonia in Belfast back in March thanks to goals from Niall McGinn and Steven Davis.

In game two Northern Ireland registered a 2-1 home win over Belarus. Substitute Josh Mageniss scored the decisive goal on 87 minutes to ensure maximum points from the first two qualifiers. The other scorer was Jonny Evans.

At the start of September another victory was recorded, a 1-0 success at home in a friendly against Luxembourg thanks to an own goal.

In the first Group C clash against Germany, in Belfast in September, the visitors prevailed on a 2-0 scoreline, while that defeat was followed by a heartbreaking 3-1 reverse against the Dutch in Rotterdam in October. Magennis scored once again for his country before the hosts hit back with three late goals in quick succession.

An international challenge match against Czech Republic in Prague days after the Netherlands game provided a boost to morale, with Northern Ireland winning 3-2. Paddy McNair struck twice with Jonny Evans grabbed the other goal.

Before the final two Euro 2020 qualifiers in November it was confirmed that Michael O’Neill had accepted the manager’s job at EFL Championship club Stoke City.

The Irish FA, who had reluctantly agreed to allow Stoke to enter negotiations with O'Neill, subsequently secured a deal which allowed him to stay in charge of the Northern Ireland senior men’s team for the remaining qualifiers and any Euro 2020 play-off matches in March 2020.

The Euro 2020 qualifier against the Dutch in Belfast ended goalless, however Northern Ireland went into the final group game against Germany in mid-November with a play-offs berth secured.

An understrength side – they were without key regulars Jonny Evans, Stuart Dallas and Jamal Lewis – took the lead at the Commerzbank Arena in Frankfurt thanks to a wonder strike from Michael Smith, however that merely sparked the Germans into life and they were ruthless and clinical as they ran out 6-1 winners.

The result in Frankfurt meant Germany topped Group C with 21 points, with the Dutch in second on 19 and Northern Ireland third on 13.

In the play-offs Michael O’Neill’s team will face Bosnia and Herzegovina away on matchday one in the Path B play-off route on Thursday 26 March.

And they will play at home against the winners of the other Path B semi-final, which pairs Slovakia and Republic of Ireland, if they defeat the Bosnians. The final will take place on Tuesday 31 March next year.