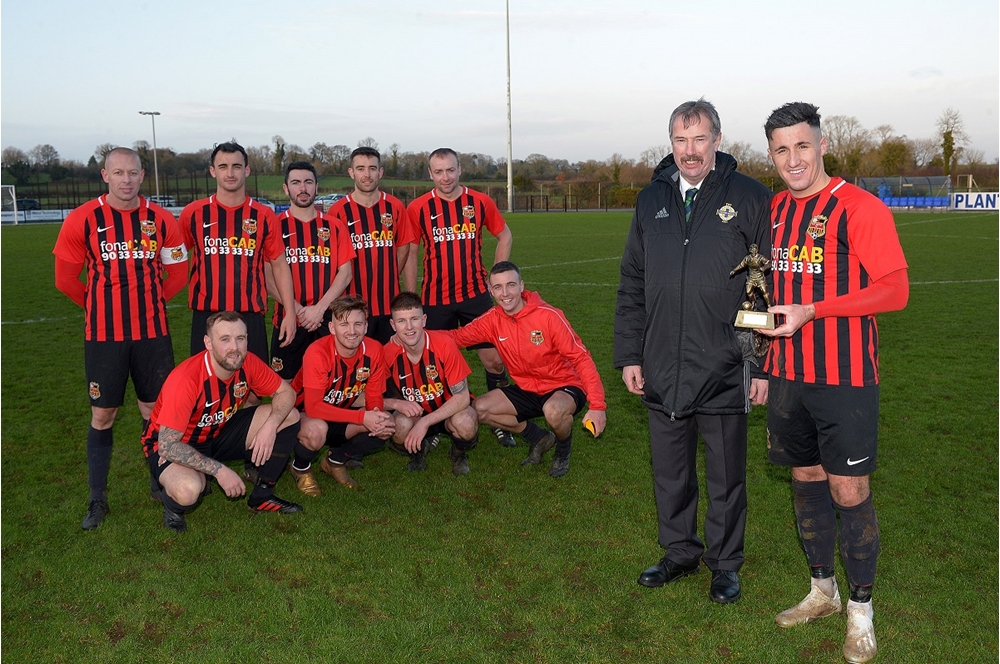 Goals from Lewis Irwin and Nathan McVeigh helped East Belfast defeat Dollingstown 3-1 in the McComb's Coach Travel Intermediate Cup second round 'Tie of the Round' at Planters Park.

Kicking off in bright sunlight amid a swirling wind which made high balls difficult to control, Irwin needed just two minutes to open the scoring when he squeezed the ball past Dollingstown keeper Steven Maguire at the near post.

The game settled into a midfield affair with Daniel Purkis an influencial factor for East Belfast while Dollingstown were particularly strong down the left.

Indeed, the Dollybirds finished the first half the stronger team but trailed by that early goal.

Both keepers were called into action early in the second half but it took until the 66th minute for Irwin to double East Belfast's lead with an effort past Maguire from eight yards.

Then, three minutes after that, McVeigh put the tie beyond doubt with a blistering 25-yard drive to hand the visitors an unassailable lead.

Dollingstown pulled a goal back through the experienced Gary Liggett on 79 minutes when he connected with a cross from a free-kick to tap low into the net from eight yards.

Buoyed by this, Dollingstown went in pursuit of a second goal and almost grabbed it within five minutes only to see the ball go just wide.

However, in the end, East Belfast had done enough to secure their place in the Third Round.