Review of 2019: how the Northern Ireland U21 men’s team fared 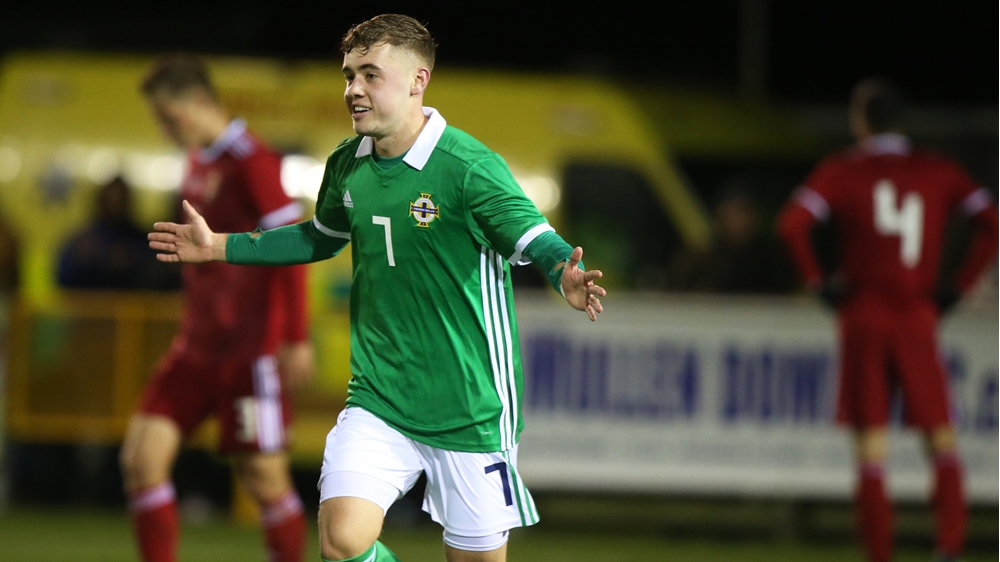 The Northern Ireland Under-21 men’s team, under the guidance of Ian Baraclough, had a mixed year.

Following the success of the last qualification campaign, when the team just missed out on a play-off for a place at a Euro finals, there were high hopes of a similar push for Euro glory in the latest campaign, especially given the fact that around half the previous squad were still available for selection.

Preparations went well – they registered impressive wins over Mexico’s U22s and Bulgaria U21s at a training camp in Spain back in March – but a lack of firepower has not helped in the qualifiers thus far.

The 2021 U21 Euros qualification campaign (Group 8) began in early September with a 0-0 draw against Malta in Ballymena – several chances were spurned during the match – followed by a 1-1 draw away to Finland, a game in which there were opportunities to secure all the points. Lewis Thompson grabbed the goal in that one.

After that came two tough away assignments, the first of them against group favourites Denmark. The Danes proved too strong, although it took a superb goal to win it. Jake Dunwoody had produced a neat equaliser in Aalborg before substitute Jens Odgaard’s sensational overhead kick late on sealed the win for Denmark.

Romania secured a 3-0 victory in Voluntari, however once again in that match Northern Ireland created chances and were playing well until goalkeeper Conor Hazard was harshly shown a red card towards the end of the first half.

In November the U21s created a little bit of history when playing Hungary’s U21s in Fermanagh. Ferney Park in Ballinamallard was the venue for the first ‘senior level’ international played in the county. The game ended 1-1. And Northern Ireland’s goal was a bit special, midfielder Alfie McCalmont scoring with a sweet strike from 20 yards.

A few days later Romania were the visitors to Ballymena Showgrounds. The Romanians, who attracted a large following, proved to be difficult opponents. Both sides had chances, however the game finished 0-0.