Slovakia and Estonia complete qualifying round group for 2021 U17 Euros 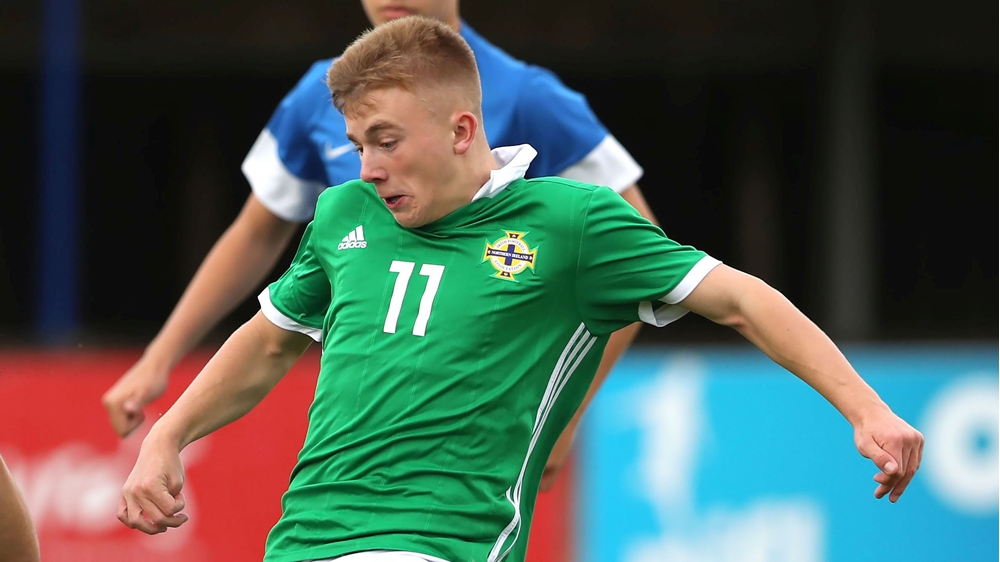 Northern Ireland’s U17s will face Republic of Ireland, Slovakia and Estonia in the qualifying round for the U17 Euros in 2021.

The first step on the road to the finals in Cyprus in the summer of 2021 is a mini tournament (Group 3) in the Republic between 21 and 27 October next year.

The Republic are top seeds in the group, while Slovakia are the second seeds. Northern Ireland were in the third pot at the qualifying round draw, with Estonia among the fourth seeds.

The top two in 13 groups and four third-placed teams with the best record against the leading pair in their section will join the Netherlands and Spain - they both received a bye - in the elite round in spring 2021, which will then produce Cyprus' 15 finals opponents.

The Men’s Under-17s will be hoping to go at least one better in next year’s qualifiers compared to this year.

They completed their 2020 U17 Euros qualification campaign with an excellent victory over Luxembourg at the end of October. The goals flowed in the game at Stade Henri Dunant in Beggen with Stephen Frail’s boys eventually running out 7-0 winners.

However, they failed to progress out of the qualifying round to the elite round following defeats to Turkey and Italy in the four-team mini tournament staged in Luxembourg.