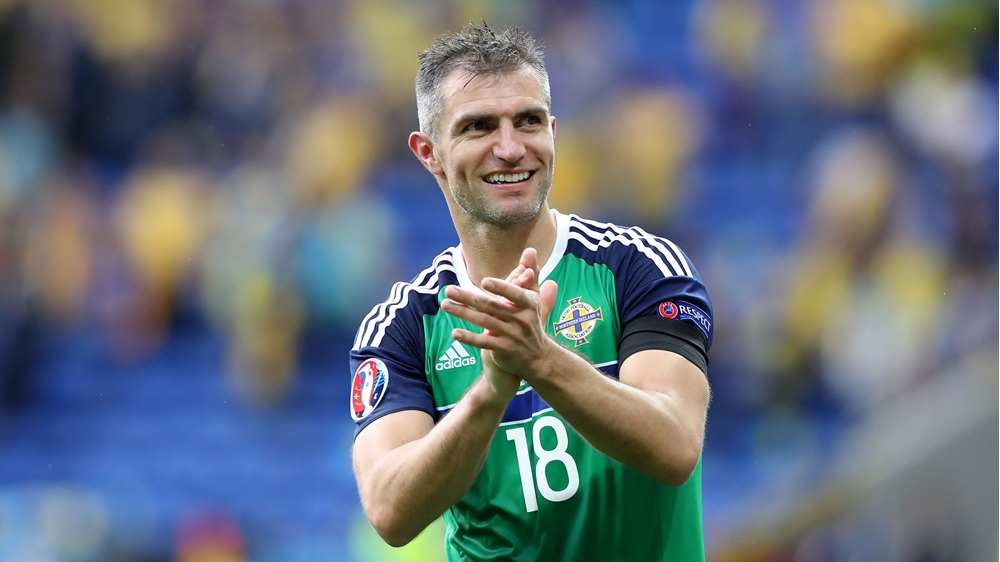 One of Northern Ireland’s greatest ever players, Aaron Hughes, has been named on the New Year’s Honours list.

Hughes, who when he retired in June had earned a then record 112 outfield international caps, has been awarded an MBE for services to football.

Having made his debut as an 18-year-old against Slovakia in March 1998 under Lawrie McMenemy, the Cookstown native went on to captain his country 48 times.

His 100th appearance came against Slovakia in June 2016 just before the UEFA European Championship in France where he would play in three of Northern Ireland’s four games – including the 2-0 win over Ukraine in Lyon.

Hughes had announced his intention to retire from international duty in 2011 but Michael O’Neill convinced him to change his mind, bringing him back into the fold to win a further 33 caps.

Aaron is one of the all-time Northern Ireland sporting greats

The dependable defender scored one international goal, netting the opener against the Faroe Islands in a 4-0 UEFA Euro 2012 qualifier victory in Belfast. 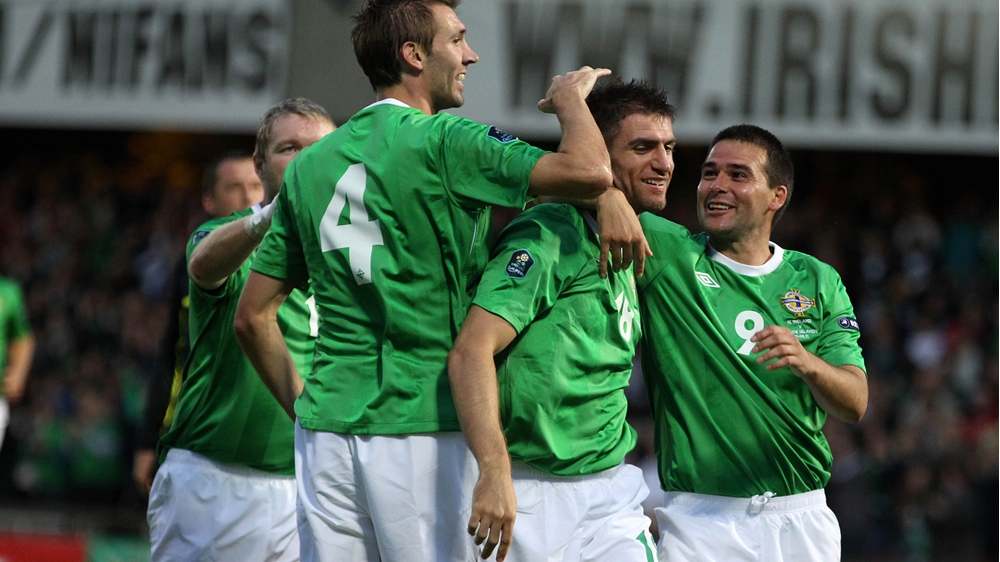 His club career saw him play for in England for Newcastle United, Aston Villa, Fulham, Queens Park Rangers and Brighton.

He finished his club career in Scotland, when in 2017 he linked up with Northern Ireland assistant head coach Austin MacPhee at Heart of Midlothian. He played 32 times for the Edinburgh club. 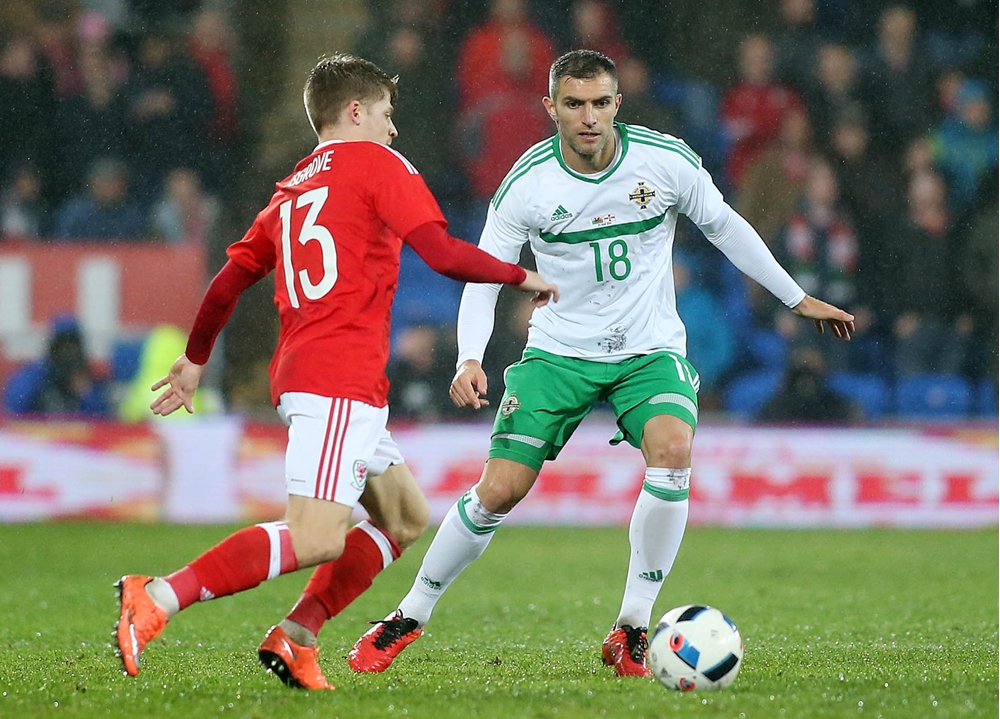 Irish FA president David Martin said: “Aaron is very deserving of this recognition and on behalf of the Irish Football Association I congratulate him on receiving the honour.

He had an outstanding career at the highest level and represented our country with distinction on 112 occasions.

“Aaron is one of the all-time Northern Ireland sporting greats. He demonstrated a remarkable consistency throughout his 22-year professional career. He was never red carded and is a true role model for any young player looking to be a full-time footballer.”